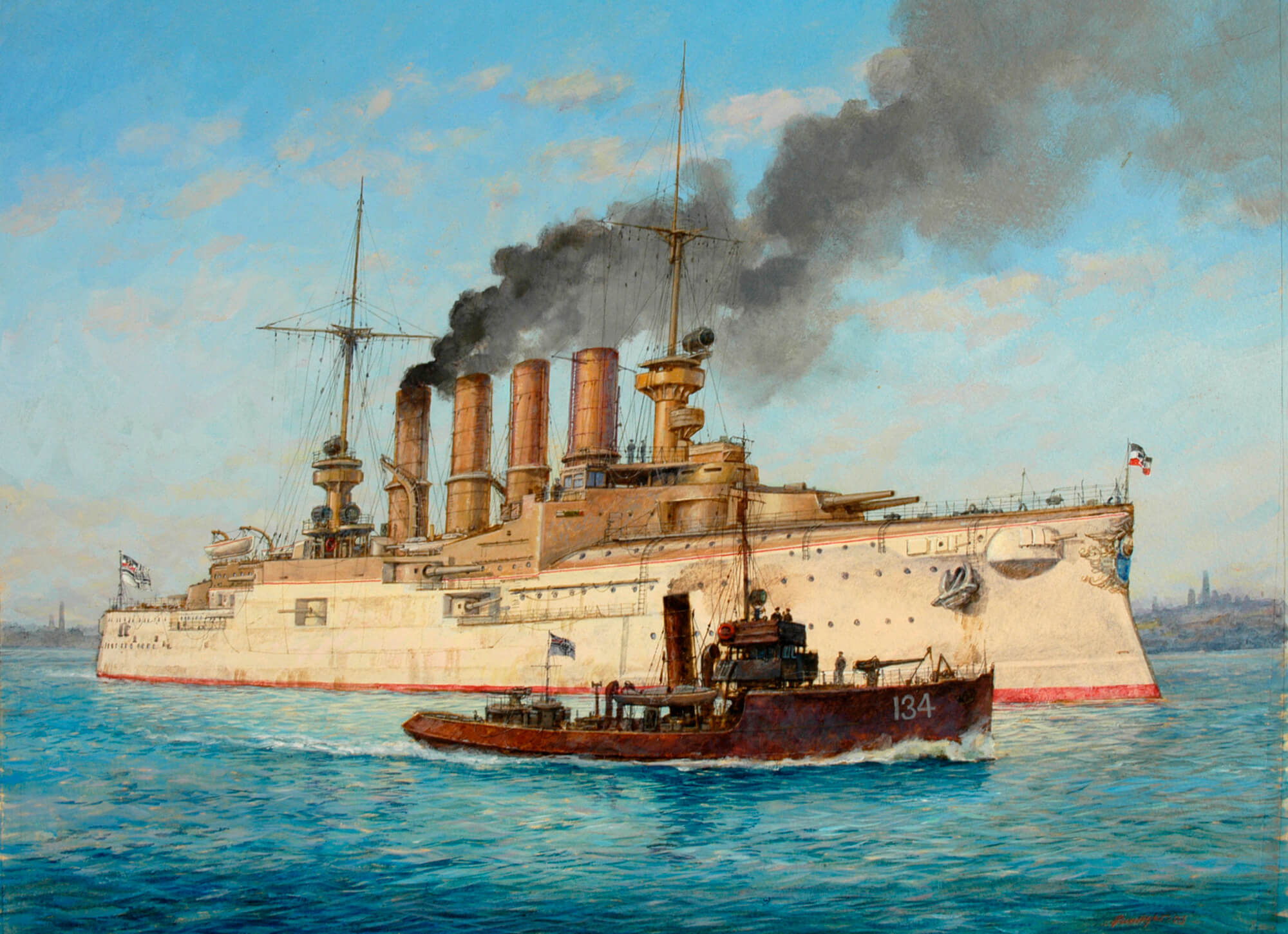 Scharnhorst and Gneisenau were the crack gunnery armoured cruisers of the Kaiser’s navy.

As units of Admiral Graf von Spee’s East Asia squadron they made their way across the Pacific when their Chinese base was threatened. where they met and destroyed the two heavy cruisers of Admiral Sir Christopher Craddock’s scouting force  which had been sent to intercept him off the Chilean coast.   This was the first defeat for the Royal Navy in one hundred years and sent shock waves throughout Britain.   Two battlecruisers, Invincible and Inflexible were immediately dispatched to the South Atlantic to avenge the recent German victory.   When von Spee rashly decided to attack the Falkland Islands the British were waiting for him and in the ensuing running battle,  all but one of the German ships, nearly all their crews including von Spee and his two sons perished. They lost their lives but in doing so created a naval tradition that Germany could be proud of.