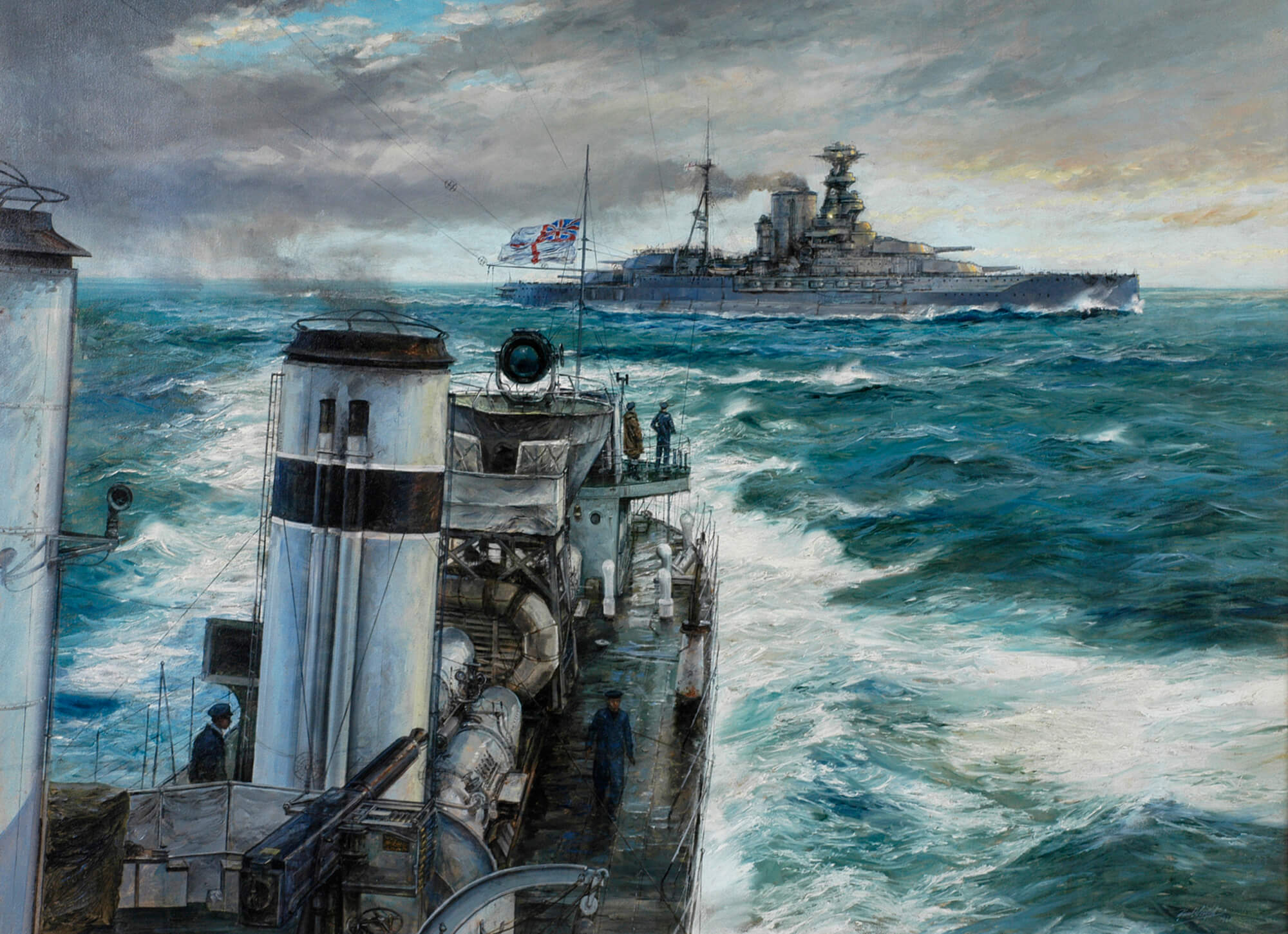 This painting shows the battleship Barham being escorted by a destroyer in the Western Approaches.  The Barham was one of a class of 5 super dreadnoughts completed in 1914 – 15. They represented a quantum leap in design and construction, very powerful oil fuelled engines drove these ships at more than 25 knots and they were the battleships in the world to mount 15″ guns.   Barham fought in the Battle of Jutland and received serious damage whilst inflicting even worse damage to the German High Seas Fleet.  During the 20’s and 30’s the Barham showed the flag throughout the world before being called up to service again in World War 2.