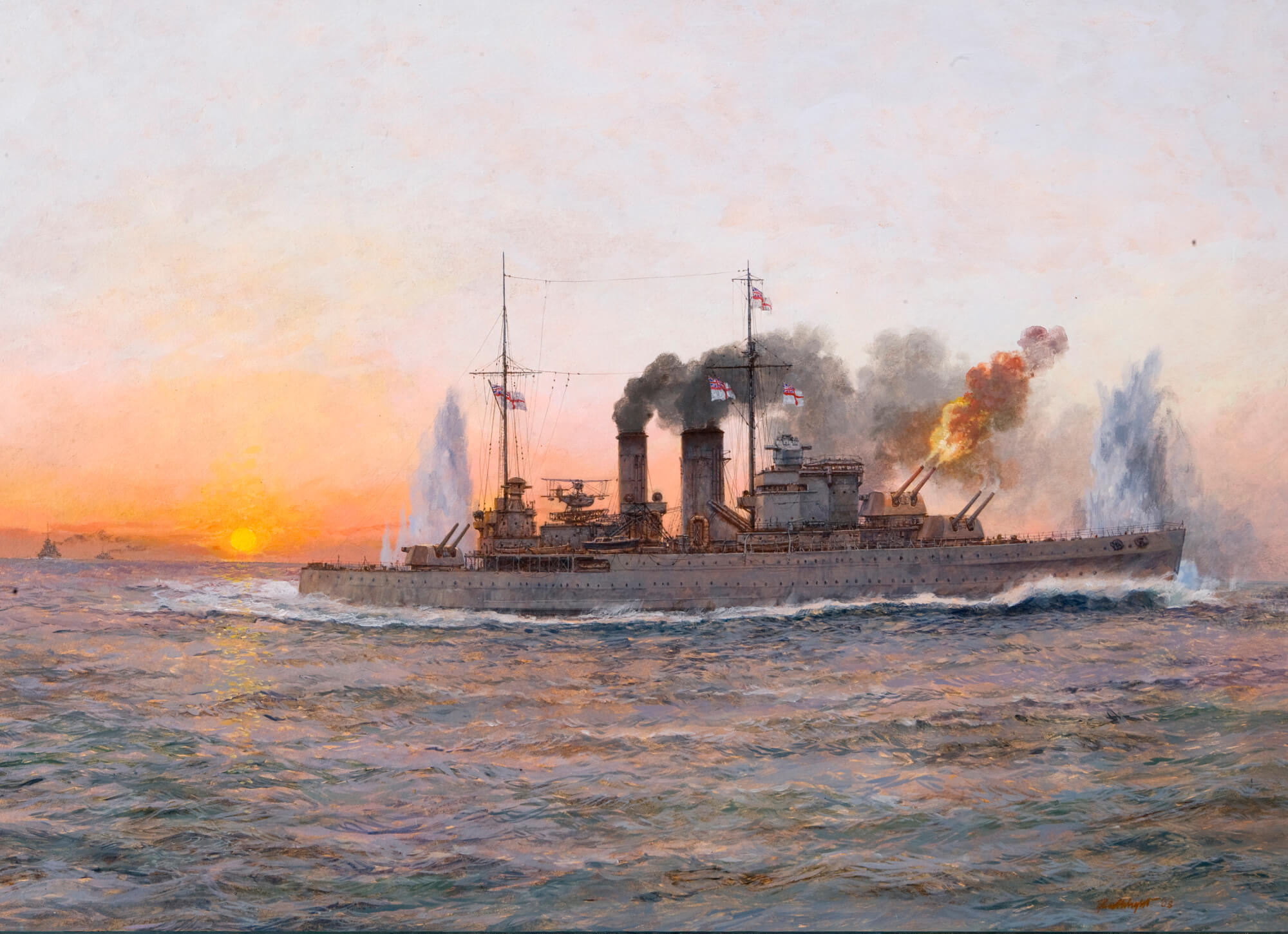 H.M.S Exeter was one of the cruisers that cornered the pocket battleship Graf Spee off the mouth of the River Plate in 1939. Although the German ship was nearly twice as powerful as any one of it’s adversaries, Ajax, Achilles and Exeter pressed their quarry relentlessly. Graf Spee concentrated her fire on the Exeter severely damaging the British ship and forcing her to retire to the Falkland Islands. Subsequently H.M.S Exeter was sunk by the Japanese in the Battle of the Java Sea in 1942.