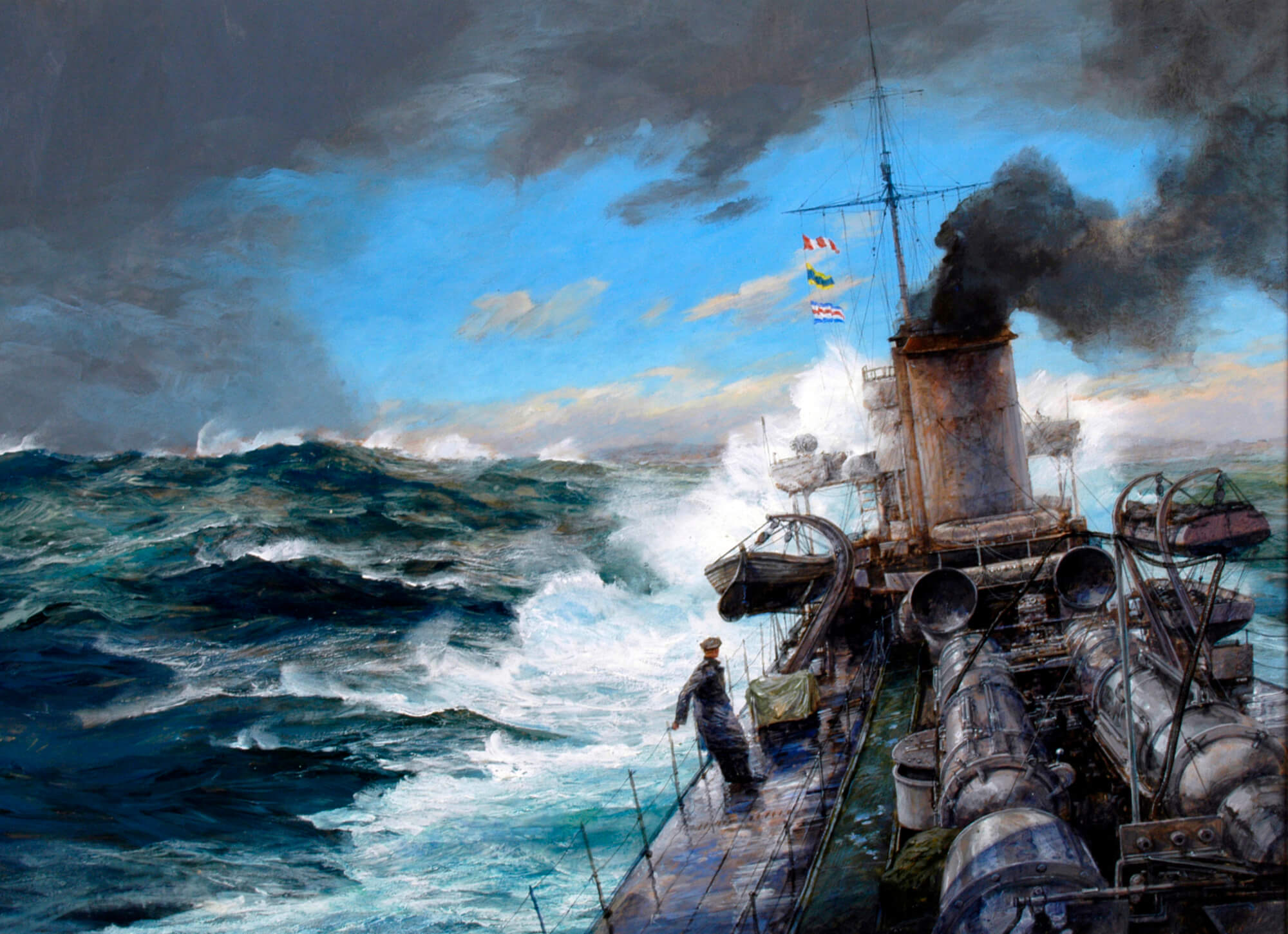 The destroyer’s origins go back to the American civil war when the Confederate semi submersible boat, C.S.S Hunley, attacked a Union warship with a spar torpedo. This consisted of a bomb suspended from a log pole. The pole was supposed to offer some measure of protection but like the Hunley, the attacker usually perished with it’s victim.

With the locomotive torpedo, smaller navies felt they had the means to redress the balance of power between themselves and the big powers. Then a slightly larger ship was designed to counter these torpedo craft and this was called the ‘Torpedo Boat Destroyer’ – or destroyer.

The next step up was the invention of the turbine which gave the new ships the speed and endurance to operate with the battlefleet and from that moment the modern destroyer was born.