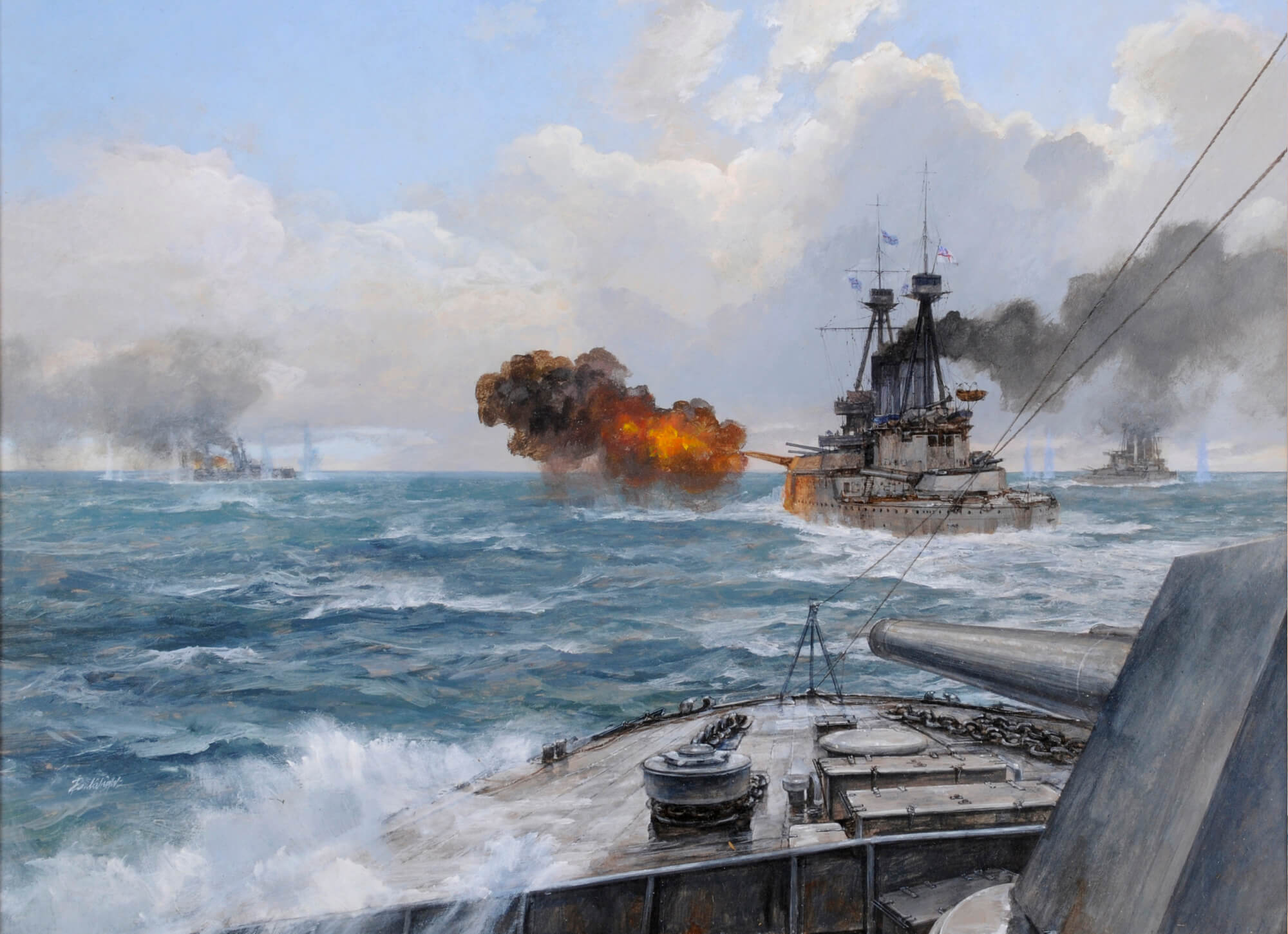 Due to an itelligence coup, the Royal Navy was able to read all the German naval signals and in January1915 they laid a trap for the German raiders bombarding the east coast towns. The trap was sprung off Dogger Bank and during a running fight the German armoured cruiser S.M.S Blucher was caught and sunk.