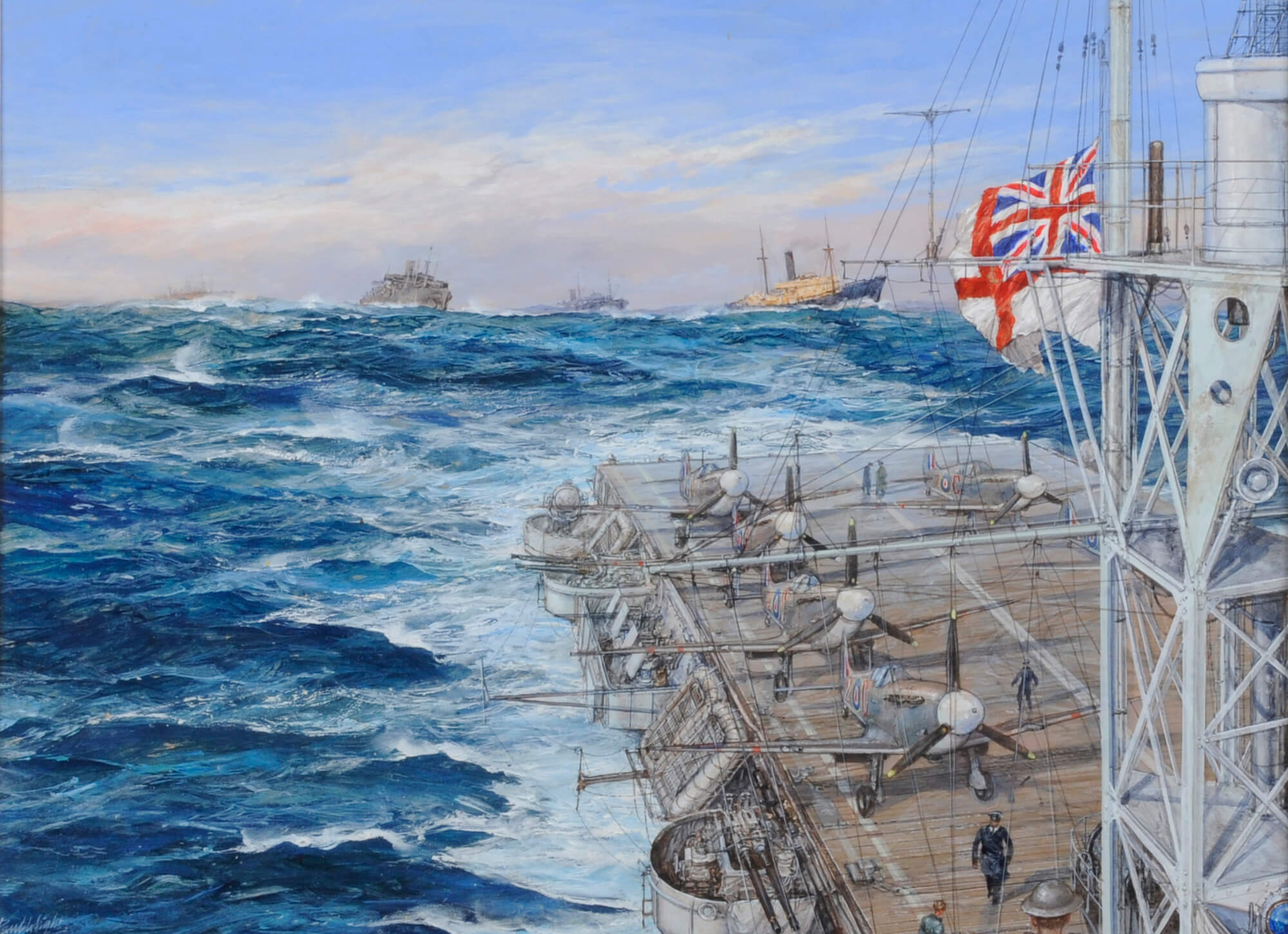 Designed in America to plug the air gap in the Atlantic, these so called ‘Jeep Carriers’ were designed to to be mass produced with all the parts built outside the shipyards and then assembled in the yards rather like a car. As well as their U.S service in the Pacific, the Royal Navy bought 34 of these very useful ships and managed to close the air gap and defeat the U.boats in the Battle of the Atlantic.