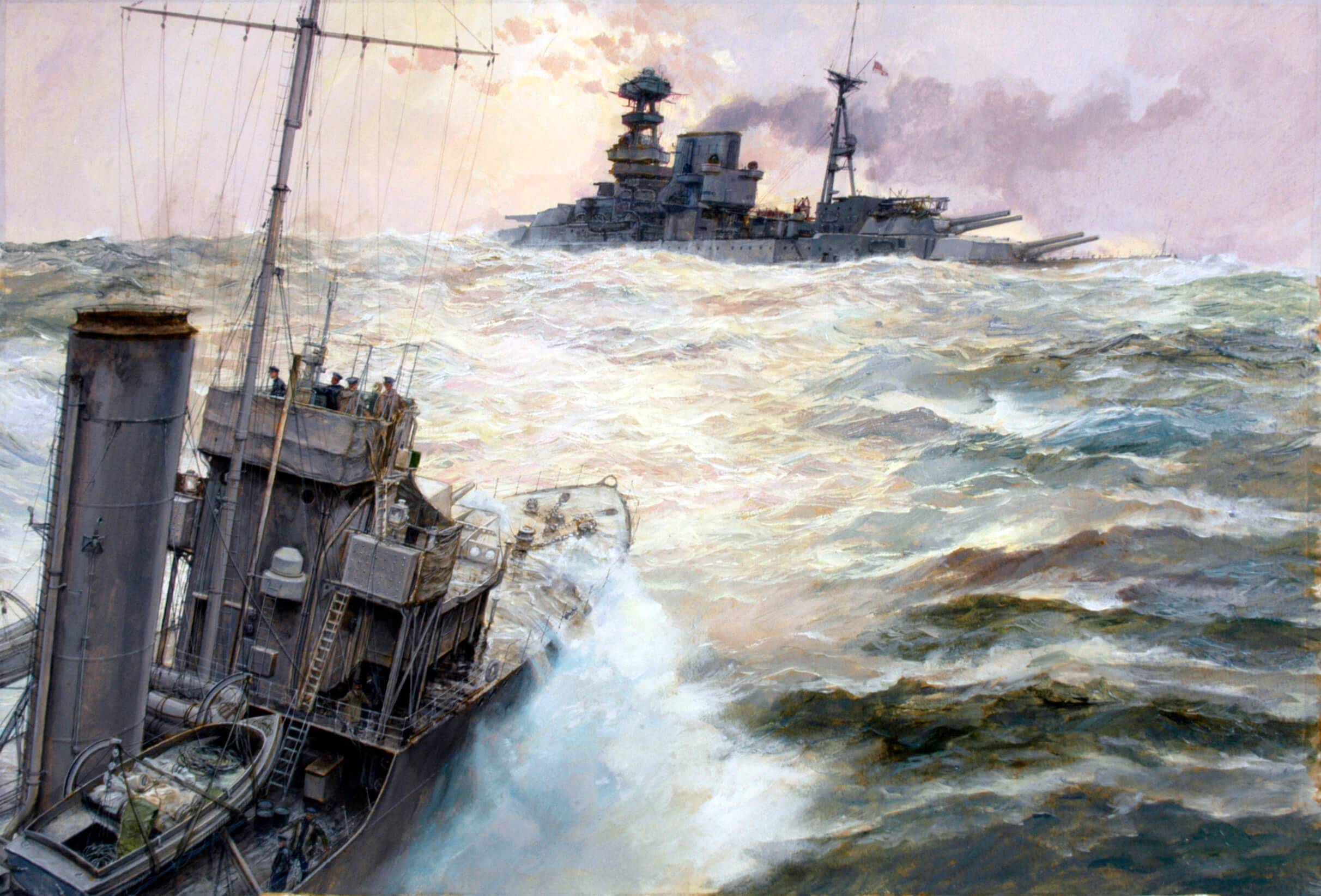 H.M.S Barham, seen here in a storm, was not as extensively modernised as her sisters Valiant, Warspite and Queen Elizabeth. She was scheduled for reconstruction. When the second world war broke out, reconstruction was put on hold. She soldiered on with convoy duties and latterly as part of Admiral Cunningham’s Mediterranean fleet based at Alexandria. Whilst at sea with Cunningham’s fleet off the Libyan coast, a U boat penetrated the destroyer screen and put three torpedoes in H.M.S Barham. The old ship was doomed and as she turned on her beam ends she blew up in a shattering explosion. From that moment a cloak of secrecy descended upon the sinking , Britain ‘s morale was at a low ebb in 1941 so the proud old ship passed into history unnoticed save for those who were present and those who had to mourn her 800 dead had to wait until the war was safely over.