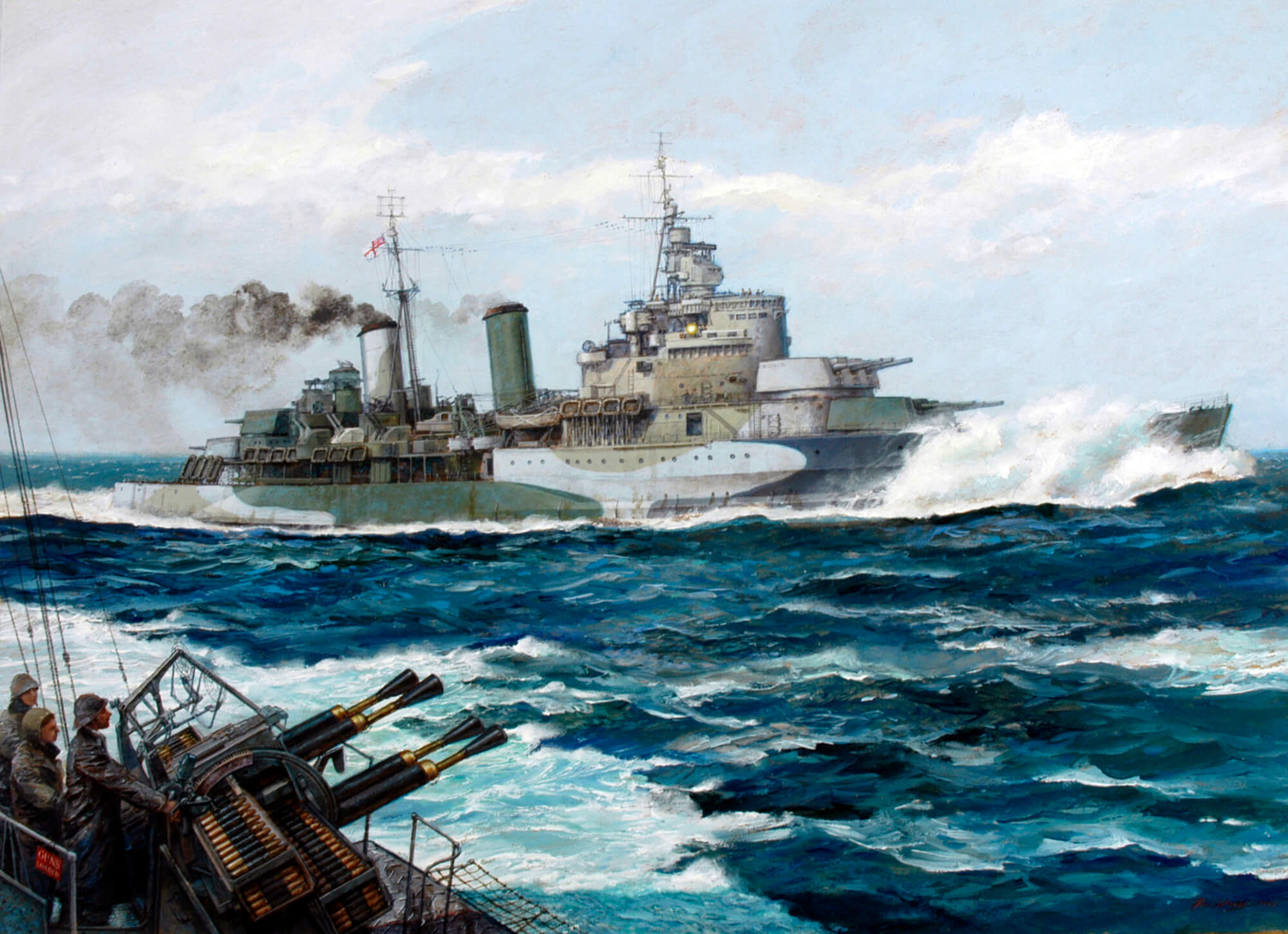 If you go to Tower Bridge you will see the last wartime heavy cruiser in existence anywhere in the world. H.M.S. Belfast is a town class cruiser designed as an answer to the latest Japanese cruiser designs. Whilst the British naval architects wrestled with the sums they realised that the Japanese were lying about the tonnage of their ships, so common sense prevailed and a well-balanced design became the Town class. Heavily armed and carrying Walrus aircraft the Belfast and her sisters were powerful additions to the fleet. Early in the war, Belfast struck a mine and broke her back resulting in extensive repairs taking over a year. Her most notable action was the sighting of the German battleship Scharnhorst off the coast of Norway. Belfast tracked the enemy on her radar calling up the powerful battleship Duke of York and together with other ships, sank the Scharnhorst. She served the fleet until 1963 when she was scheduled for scrapping. A committee was formed to save her as a museum ship and the result is that she remains a popular London attraction to this day.