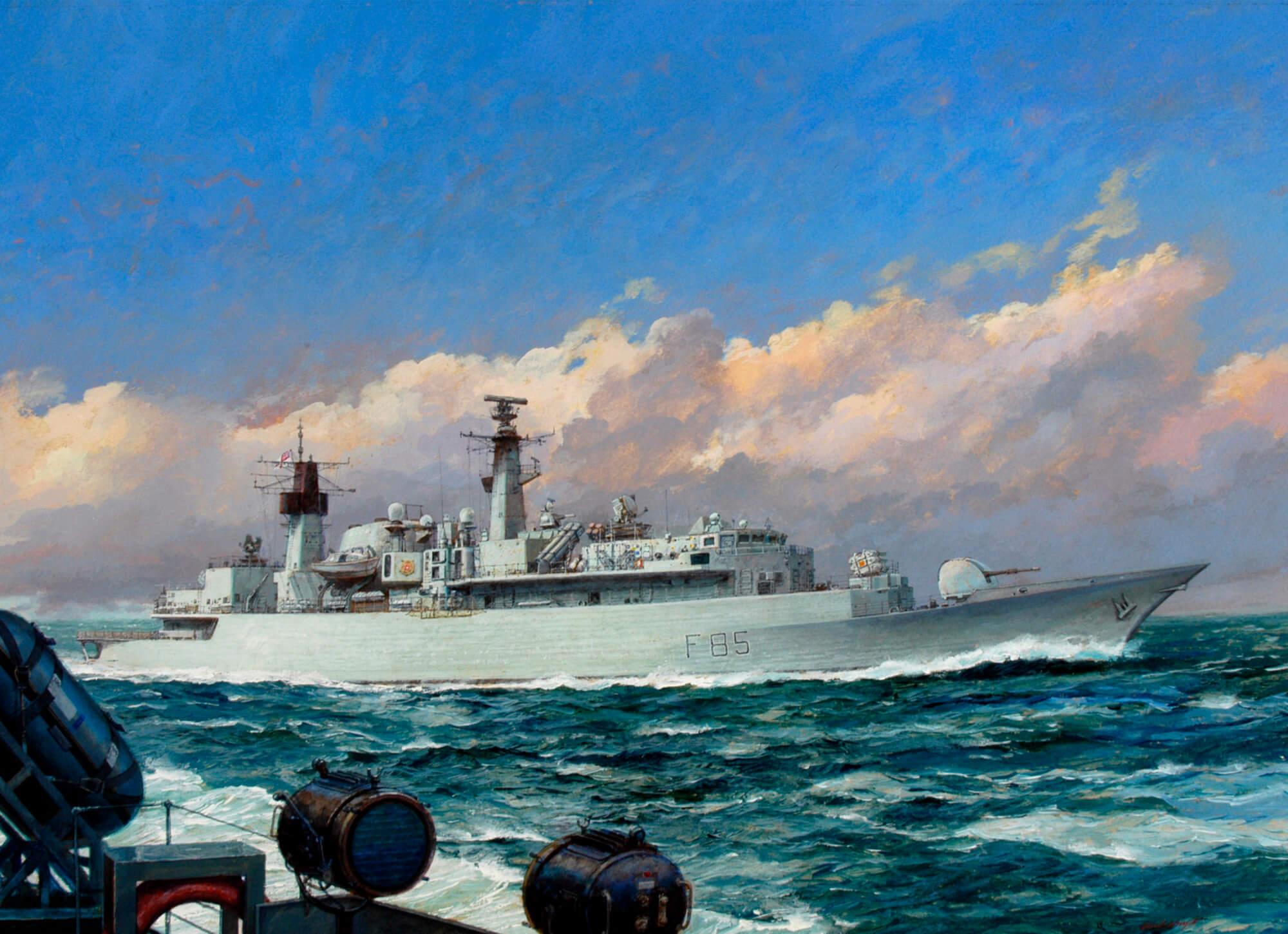 The term ‘frigate’ in Nelson’s day usually meant a large warship capable of scouting and commerce raiding. When the destroyer and light cruiser took over these roles, the frigate became a much smaller one mission ship, hunting submarines.   After the second world war, the frigate began to grow in size again culminating in the Cumberland and later Duke classes.

These new big ships are multi mission ships armed with guns, ship killing missiles, anti-aircraft missiles and guns, submarine killing torpedoes and attack helicopters.   The Cumberland class are now disappearing fast to be replaced probably by even larger ships but in their day the Cumberlands were the most powerful frigates ever to serve the Royal Navy.