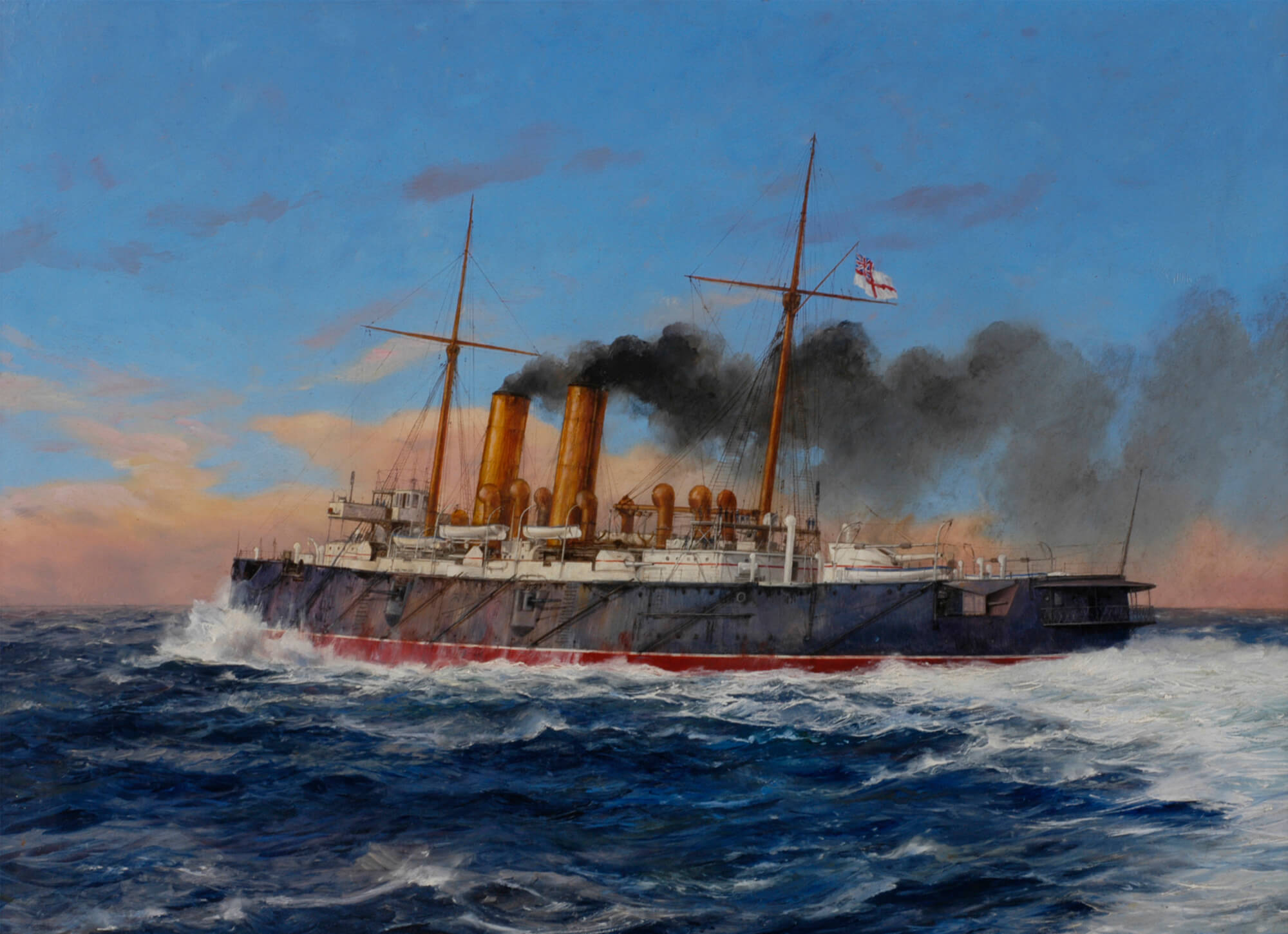 These cruisers were the oldest warships to serve the Royal Navy in World War 1. When they were built, they were the last word in speed and endurance. Designed as part of a ‘Flying Squadron’, H.M.S Gibraltar and her five sisters were kept at constant readiness to sail to whatever part of the British Empire was in crisis. To this end the ship’s supplies were kept at the cruisers berth, their stores and ammunition literally had their names on them and their crews were kept on constant ale1t to sail at a moments notice. These ships were the epitome of Britain’s gunboat diplomacy. When the German Kaiser threatened to send supplies to the Boers in the South African war, H.M.S Gibraltar and her sisters were there to prevent German support to their enemies.