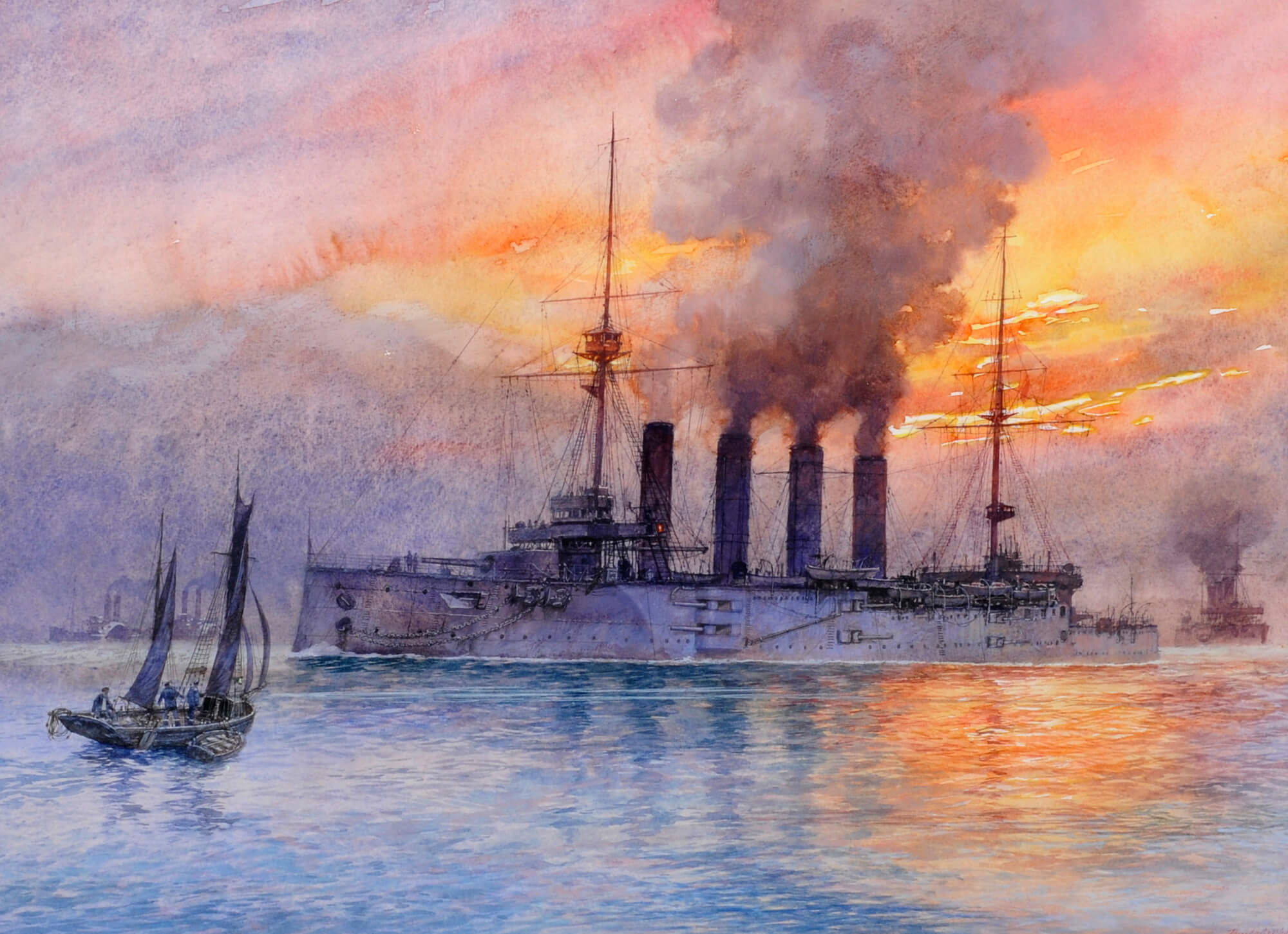 This painting shows H.M.S Good Hope at Port Stanley with H.M.S Monmouth and H.M.S. Canopus in the background.  This was on the morning of their departure for the coast of Chile and their rendezvous with Admiral Graf von Spee’s modern armoured cruisers.   The British Admiral Sir Christopher Craddock knew that the British Admiralty and specifically

it’s First Lord, Winston Churchill had let him down, promising the earth and sending him a worn out elderly battleship with a chief engineer who had lost his mind and a crew whose morale was almost non existent.   H,M,S Canopus was of no use to Craddock and he soon left her behind as he steamed on to meet his adversary at Coronel. Even before he left Port Stanley, Craddock must have known that he would not return and left a letter to his family in the hands of the governor with instructions that it be delivered “When you hear of my death”.