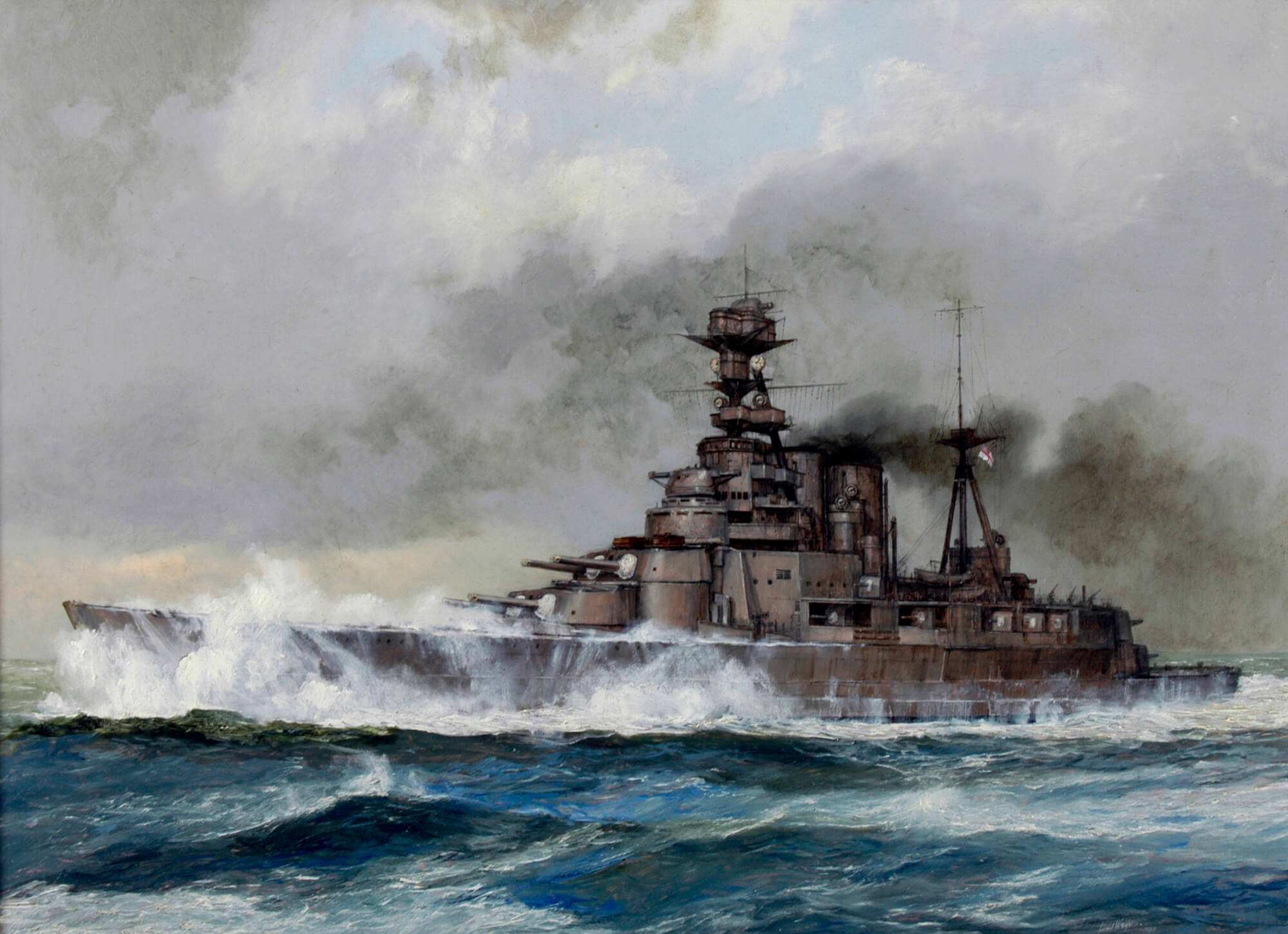 All warships however large or small hold a special and abiding affection with their crews but few warships hold the affection of a whole nation and the admiration of the world.   H.M.S Hood was one of these. Commissioned into the navy in 1920, she was originally designed as a fast battlecruiser but following the disasters that befell this type of ship at Jutland, more armour was designed into the ship but because the need to provide huge engines and boilers to maintain her speed, Hood was a very long ship and her armour had to be spread somewhat thinly especially over the decks.   H.M.S Hood spent the inter war years travelling the world showing the flag and making friends and admirers wherever she went.   She was never extensively modernised but remained in the minds of all who saw her as the most beautiful warship ever to sail the seas.