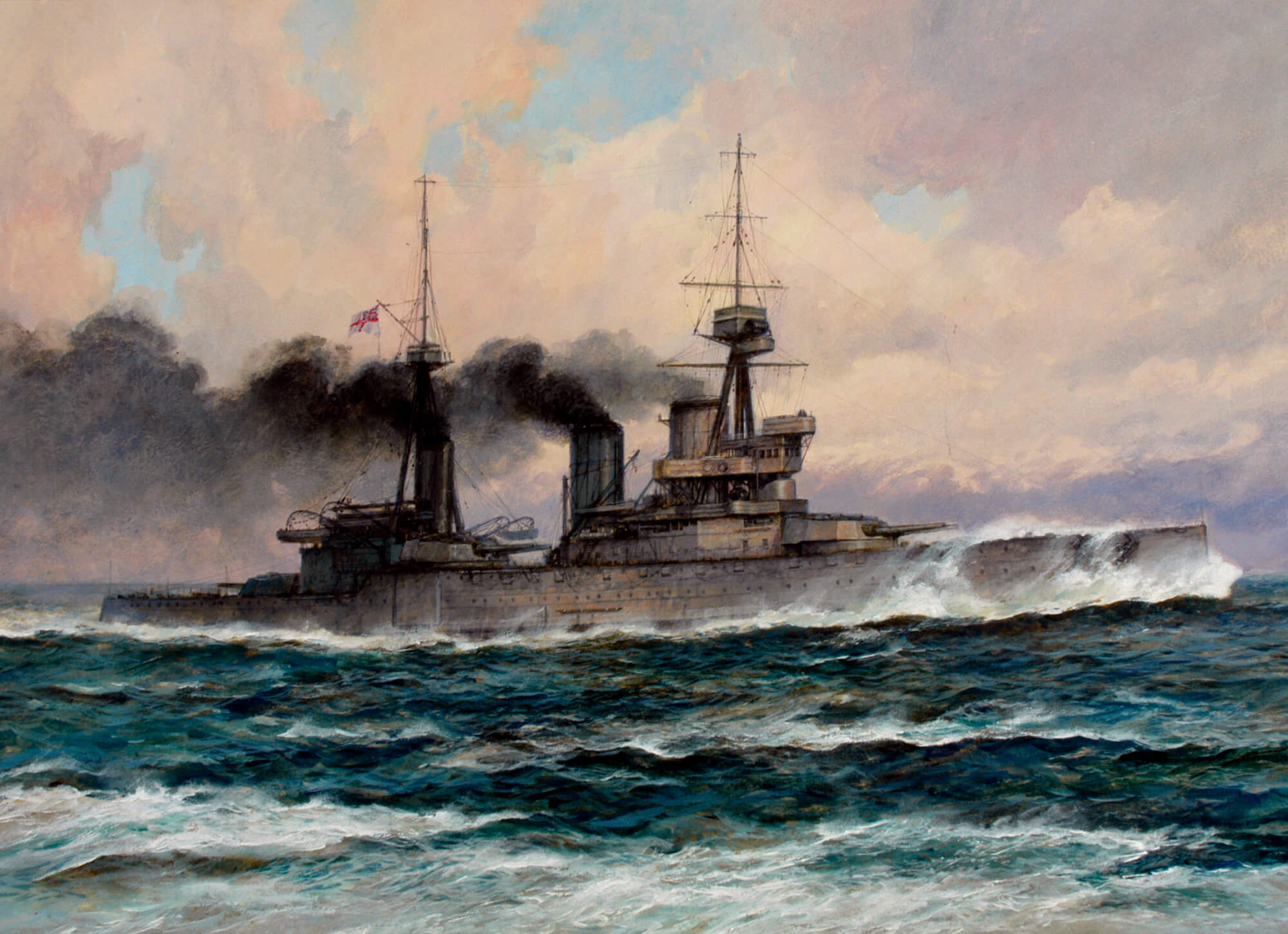 A cruiser that looked like a battleship with battleship guns and a cruiser’s speed and armour, powerful enough to destroy anything smaller and fast enough to keep clear of anything larger.   That was the idea behind the battlecruiser and H.M.S Invincible was the first of the breed of a new type of warship and all this from the fertile brain of that great naval thinker Sir John Fisher .   When Fisher dispatched Invincible and her sister ship Inflexible to the Falkland Islands to catch Admiral Graf von Spee, this would be the first great test of the battlecruiser concept and in this operation, the battlecruiser was brilliantly successful.   Unfortunately this very success allowed admirals to think that the battlecruiser belonged in the battle line, the result at Jutland was that their lack of armour was dangerously exposed and following the loss of two of their number in the British line, Invincible was to share their fate when she was blown in half when a German shell penetrated her magazine.