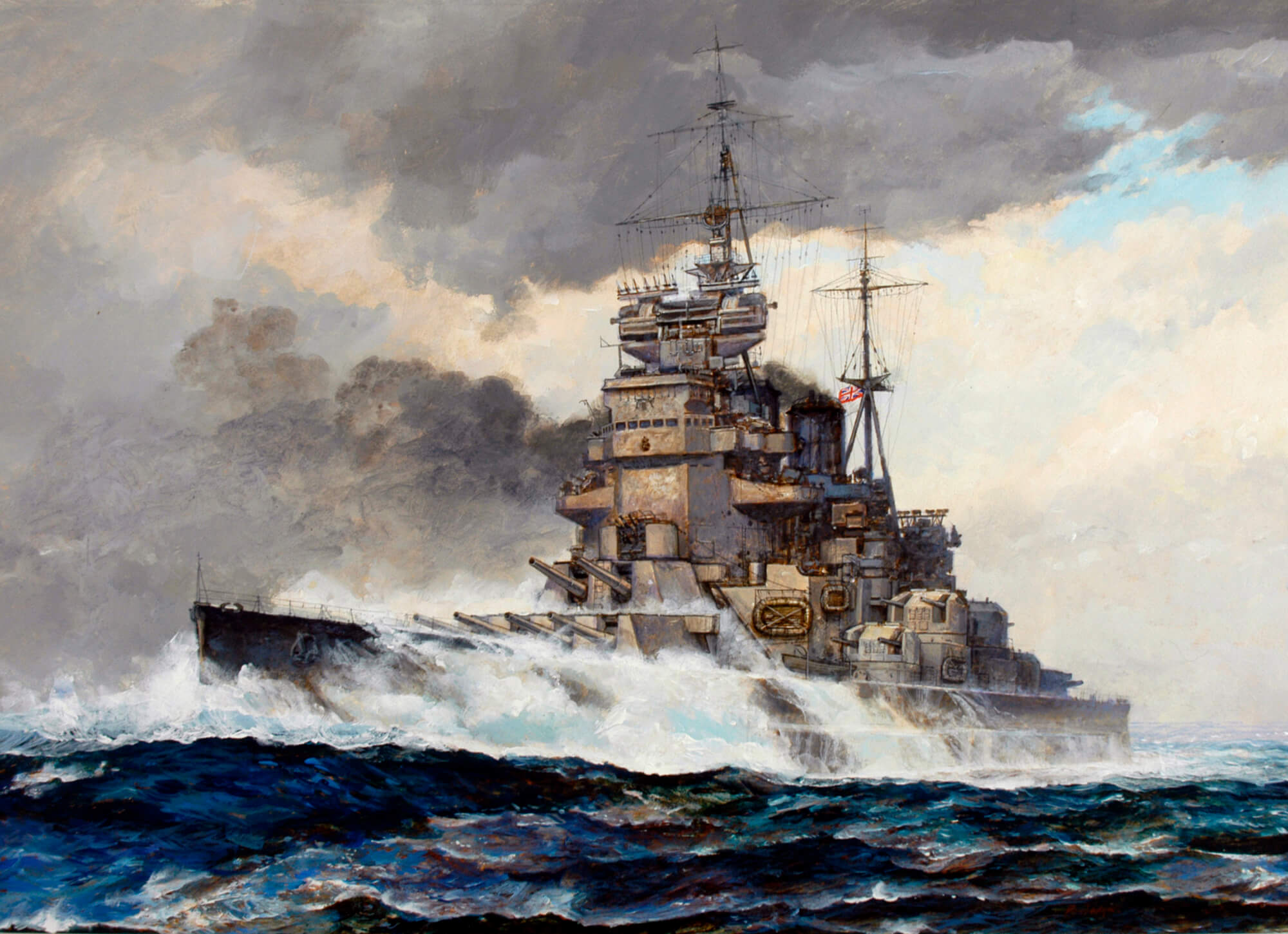 H.M.S King George V was named by King George V1 for his father, who had been a naval officer before ascending the throne.   She was the first British battleship designed and built since the lapsing of the Washington and London treaties which had restricted the building of battleships. They were well armed and armoured and had a respectable speed of 28 knots.   Their 14″ guns were a hangover from the treaty restrictions but uniquely two of their turrets mounted 4 of these guns after the French fashion and a further 2 mounted in a turret above them. King George V had a busy war, as the Home Fleet flagship she helped sink the Bismarck, she gave gunfire support to the landings in Sicily and Salerno, transported Mr Churchill to the Tehran conference and finally joined the British Pacific Fleet and was present at the Japanese surrender in Tokyo Bay in September 1945.