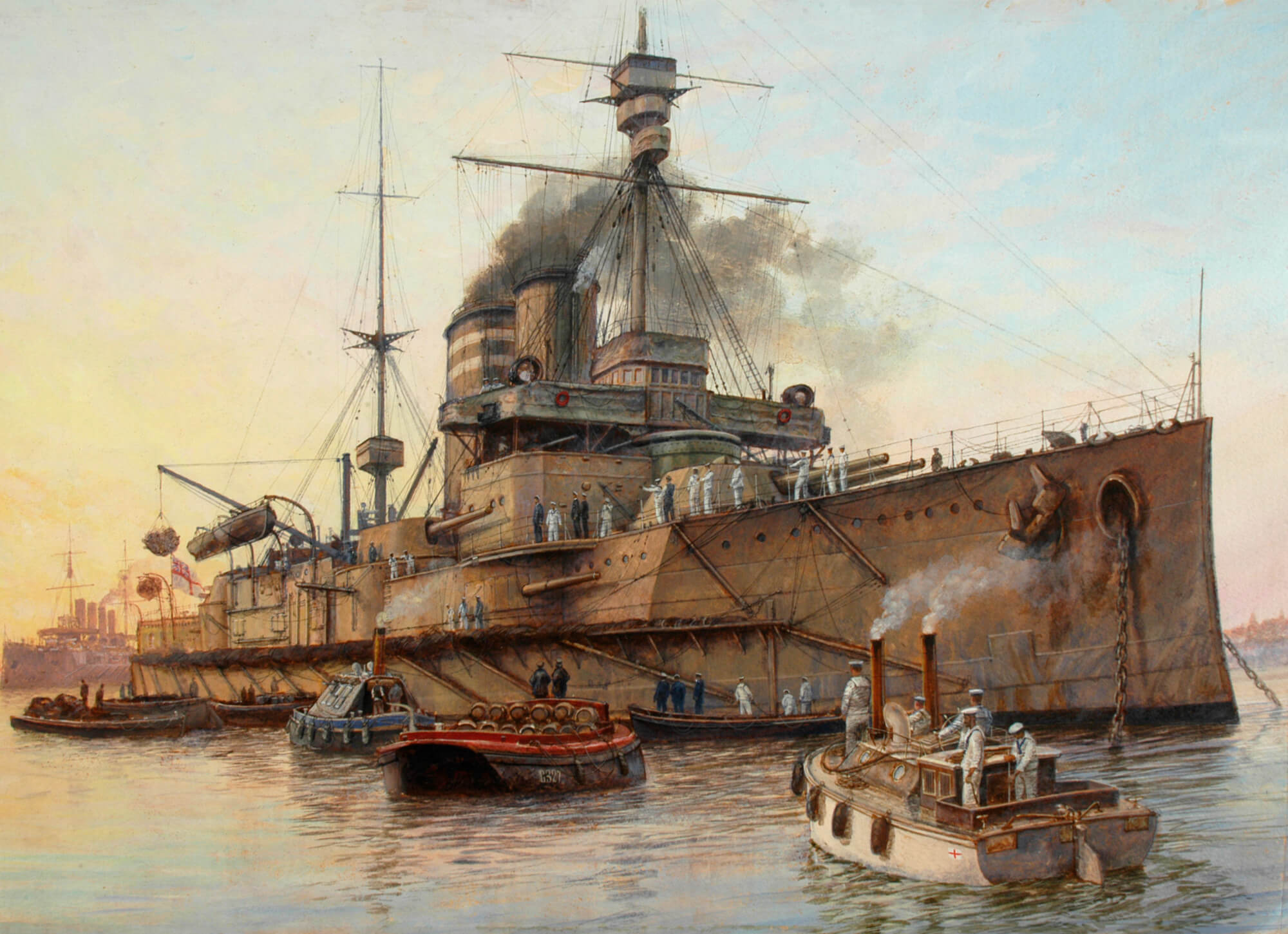 H.M.S London was a classic British pre-dreadnought battleship design developed to a pattern by the naval architect Sir William White.   Within two years following the launch of the Dreadnought, all of White’s battleships were firmly in the past tense.   With their mixed armament and reciprocating engines they were rendered osolete at a stroke.  But although they did not serve in the battleline these ships did sterling service in the Dardenelles were several were lost to mines and torpedoes.  H.M.S London performed a noticable service in 1912 when a rickety biplane was launched from her foredeck, the first airplane launch from a warship in the Royal Navy’s history.   In that moment the past met the future of naval warfare.