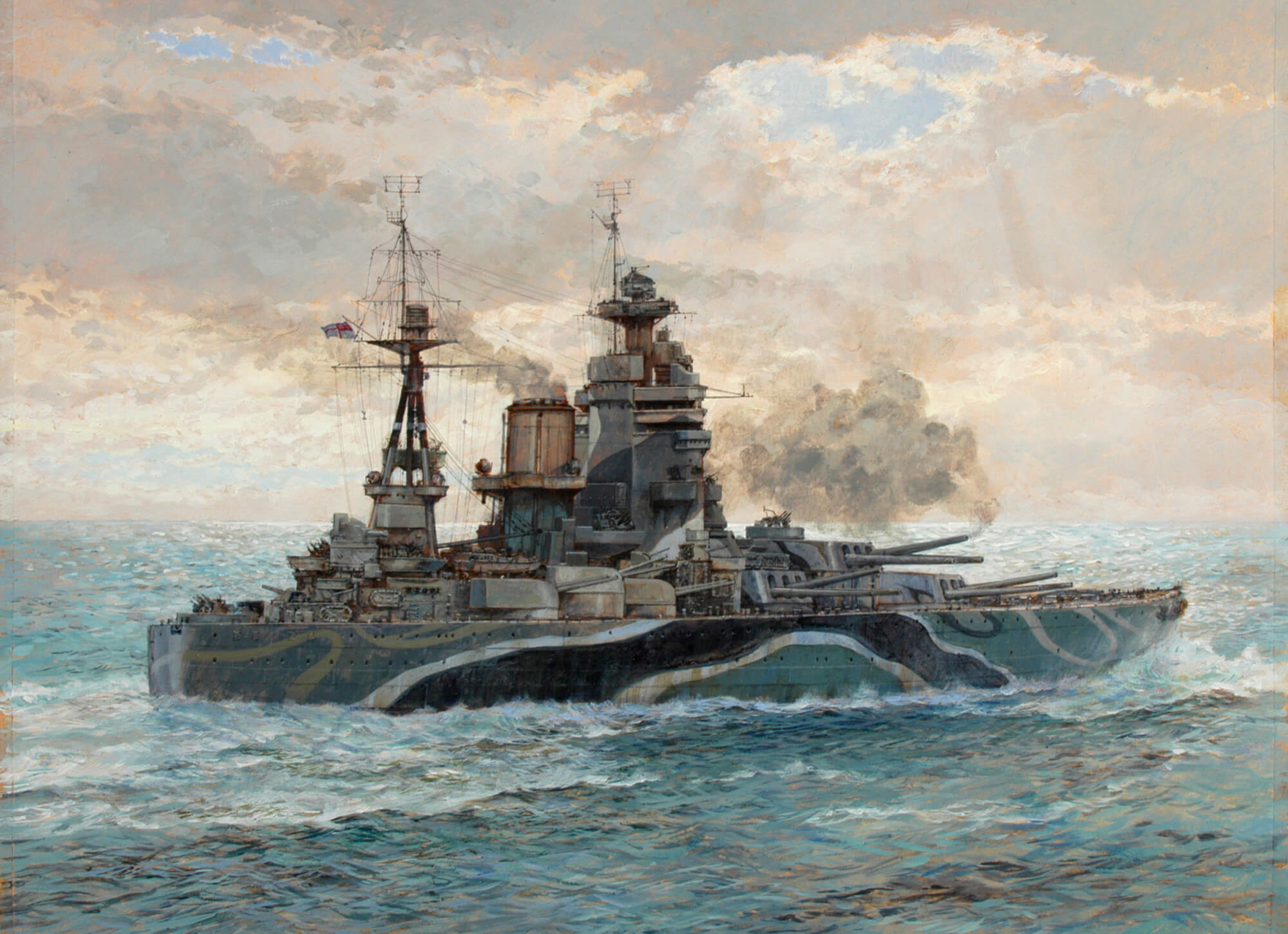 Built in 1927, H.M.S Rodney and her sister ship Nelson were ‘Treaty’ battleships, so called because after the Washington Treaty of 1922, their design was drastically altered to remain within the treaty’s tonnage limits.  This created rather odd looking ships but they were effective and powerful units of the fleet.   Unusually all their main armament was situated forward of the bridge making the ships rather tricky to handle.  The 16″ guns were the largest mounted in the Royal Navy and they destroyed the battleship Bismarck and provided very accurate and destructive support against enemy forces during the D Day landings.  By the wars end both these hard worked battleships were completely worn out and the were scrapped in 1948.