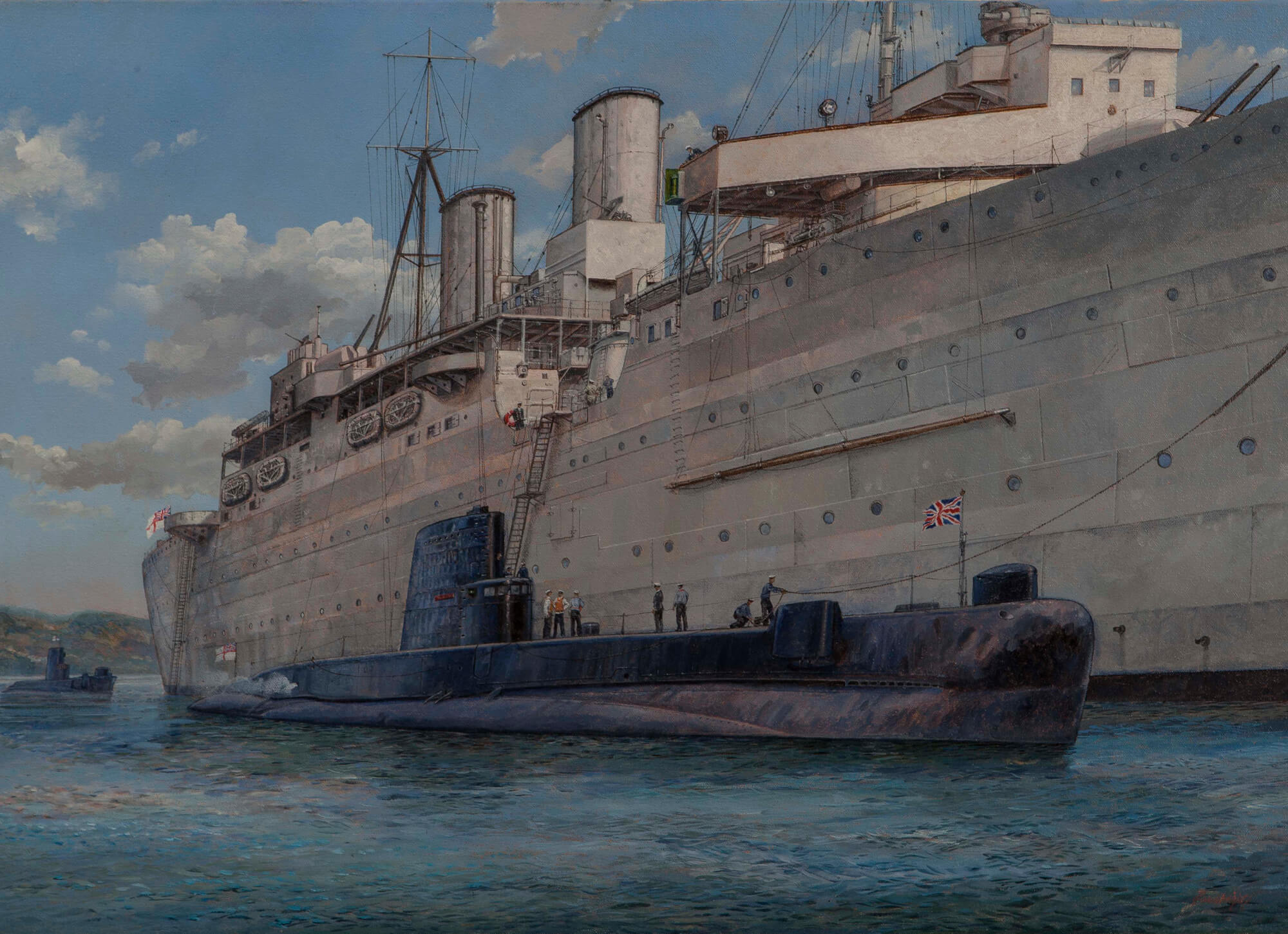 This painting was commissioned by John and Katherine Roake to honour their father’s service in the submarine service of the Royal Navy during the cold war. Lt. Commander Alfie Roake R.N was the captain of H.M.S Turpin, a modernised T class diesel submarine who bravely ventured into the arctic waters to gather intelligence of the Soviet Union’s northern fleet bases. In his book ‘Hunter Killers’, author Iain Ballentyne paints a picture of the misery of serving in these boats with condensation constantly streaming off the walls, the stink of diesel and unwashed bodies and the claustrophobia of the cramped conditions as these submarines never surfaced but kept an underwater watch on their potential Russian enemies and were sometimes depth charged when the Russians detected their spying activities. Only with the advent of the much larger nuclear submarines was the lot of the British ‘perishers’ improved. Very generously, the Roake family have donated their painting to the Submarine Museum, Gosport where it is on permanent display.