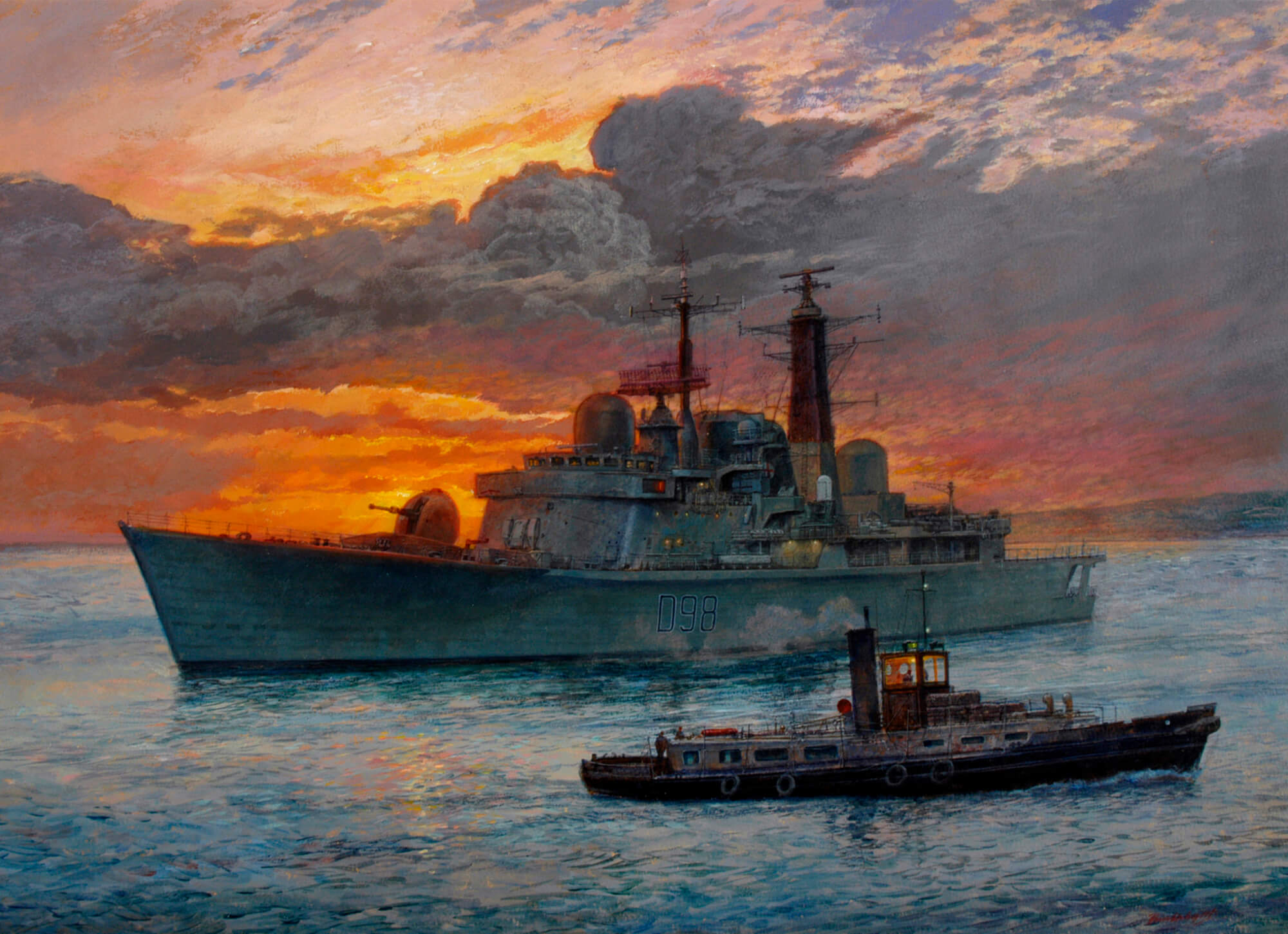 H.M.S York and her sister type 42 destroyers were dedicated anti aircraft destroyers. She carried the potent Sea Dart medium range missile system, a 4.5″g un, two Oerlikon machine guns and a lynx helicopter, in fact these ships where built down to a price, so much so that it was difficult upgrading or adding to their armament on a short hull and the ships were cramped internally. Ultimately, this lack of close supporting anti aircraft guns led directly to the loss ofH.M.S Sheffield and H.M.S Coventry in the Falklands war. With lessons learned the next batch of type 42’s including H.M.S York had lengthened hulls, provision for two Gating gun close support anti aircraft weapons and other improvements. They all served their country well for over 30 years.