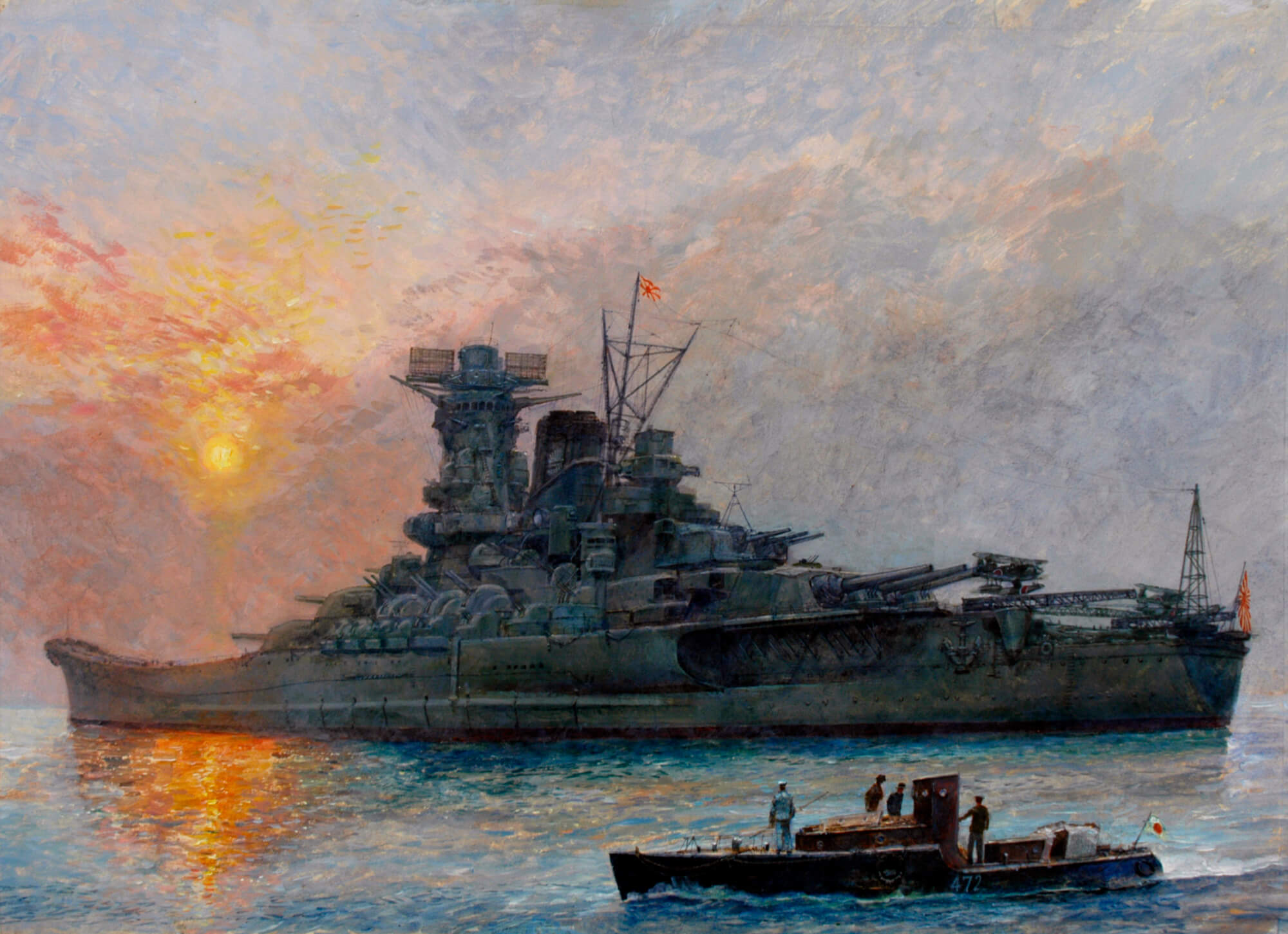 Yamato and her sister ship Musashi were the biggest most powerful battleships the world has ever seen. They were built to outclass every ship afloat. She carried massive armour and massive 18″ guns, the largest ever mounted on a warship, no less than 7 aircraft were hangered in her stern and she weighed in at 72,000 tons, at least 20,000 tons heavier than the Bismarck. Both ships were built in secret even from the Japanese, the Americans had no idea of their destructive potential until after the war, yet they were hardly ever used in anger until the Battle of Leyte Gulf where Musashi was sunk and after a confused action where Yamato fired her great guns at enemy ships for the first and last time before returning to Japan. Finally with the war nearly lost, Yamato sailed with the last remnants of the Japanese navy to attack the American transports invading Okinawa. Halfway there, she was attacked by 350 enemy carrier planes and dispatched to her doom with 10 bombs and 12 torpedoes taking with her over 2000 of her sailors.