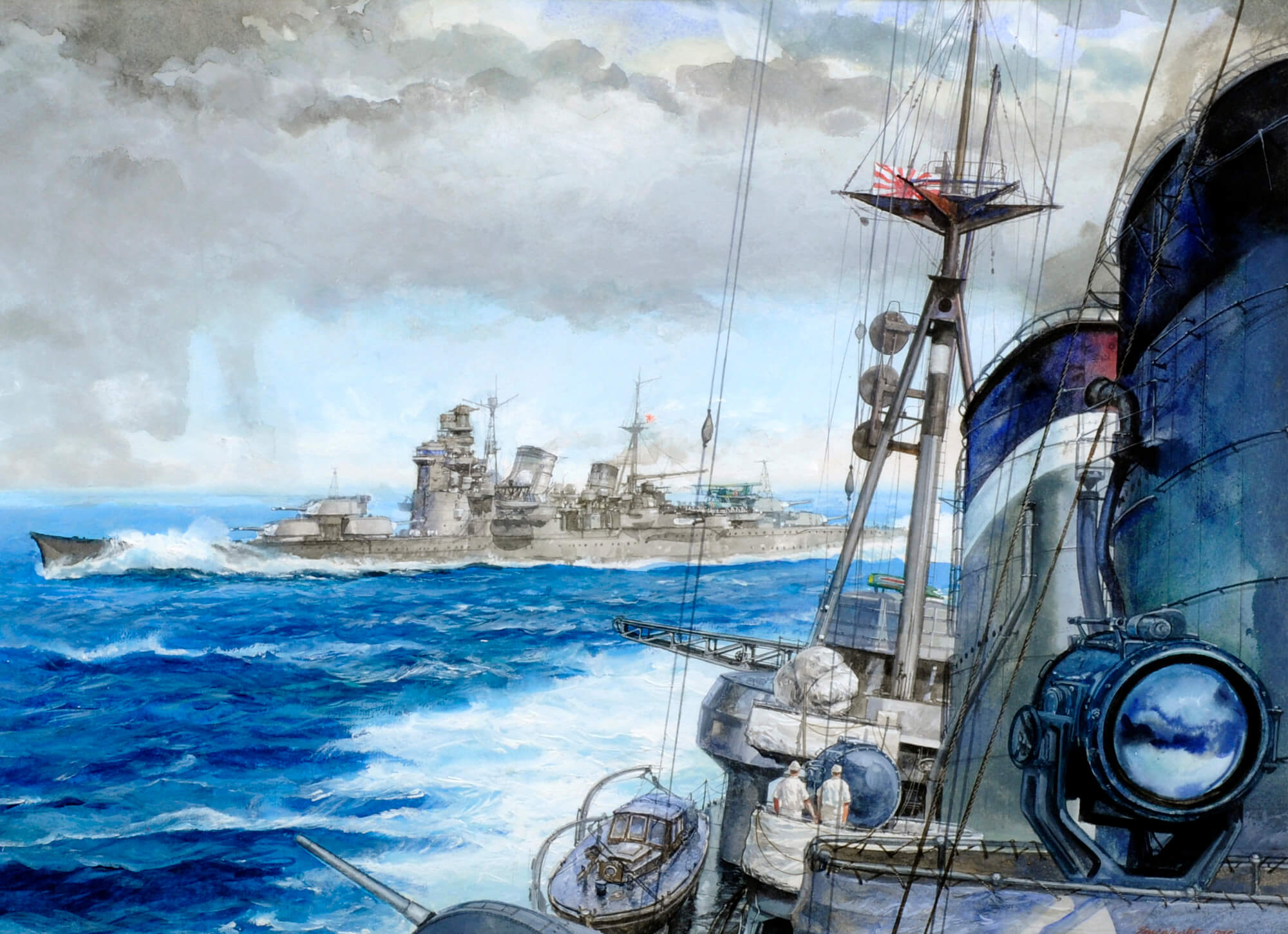 These modern inter-war Japanese heavy cruisers became the benchmark for all warship designers through out the world. With clever weight saving devices, a very heavy armament, aircraft and a suite of the revolutionary and deadly ‘Long Lance’ oxygen fuelled torpedoes which could blow a cruiser in half with one shot, these 33 knot ships were the most powerful of their kind anywhere. IJN Ashigara represented her country at the 1937 Coronation Fleet Review.