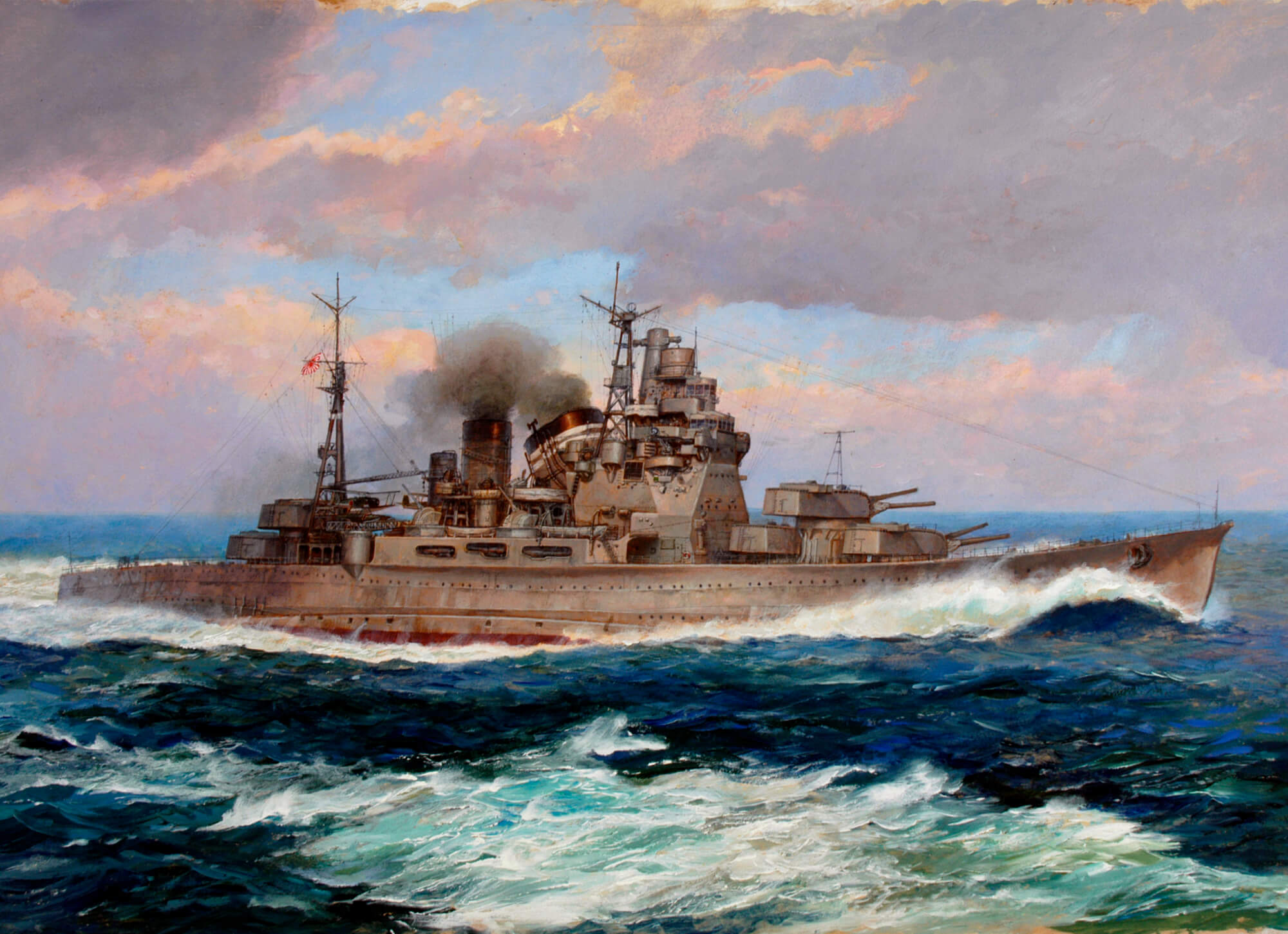 This heavy cruiser represents all the advances that the Japanese made to the heavy cruiser design in the inter war years. With their speed of 35 knots, their powerful armament and the integration of the armour into the structure of the hull, Takeo and her sisters influenced cruiser design through out the world. As well as these irmovations, she carried three aircraft for scouting and a suite of deadly ‘Long Lance’ oxygen fuelled torpedoes which could and did blow enemy cruisers in half. Takeo had a busy war especially in the Solomon Islands . At the Battle of Leyte Gulf she was badly damaged by a torpedo and had to limp back to her base in Singapore where she remained until she was sunk in a daring attack by a British X craft midget submarine.