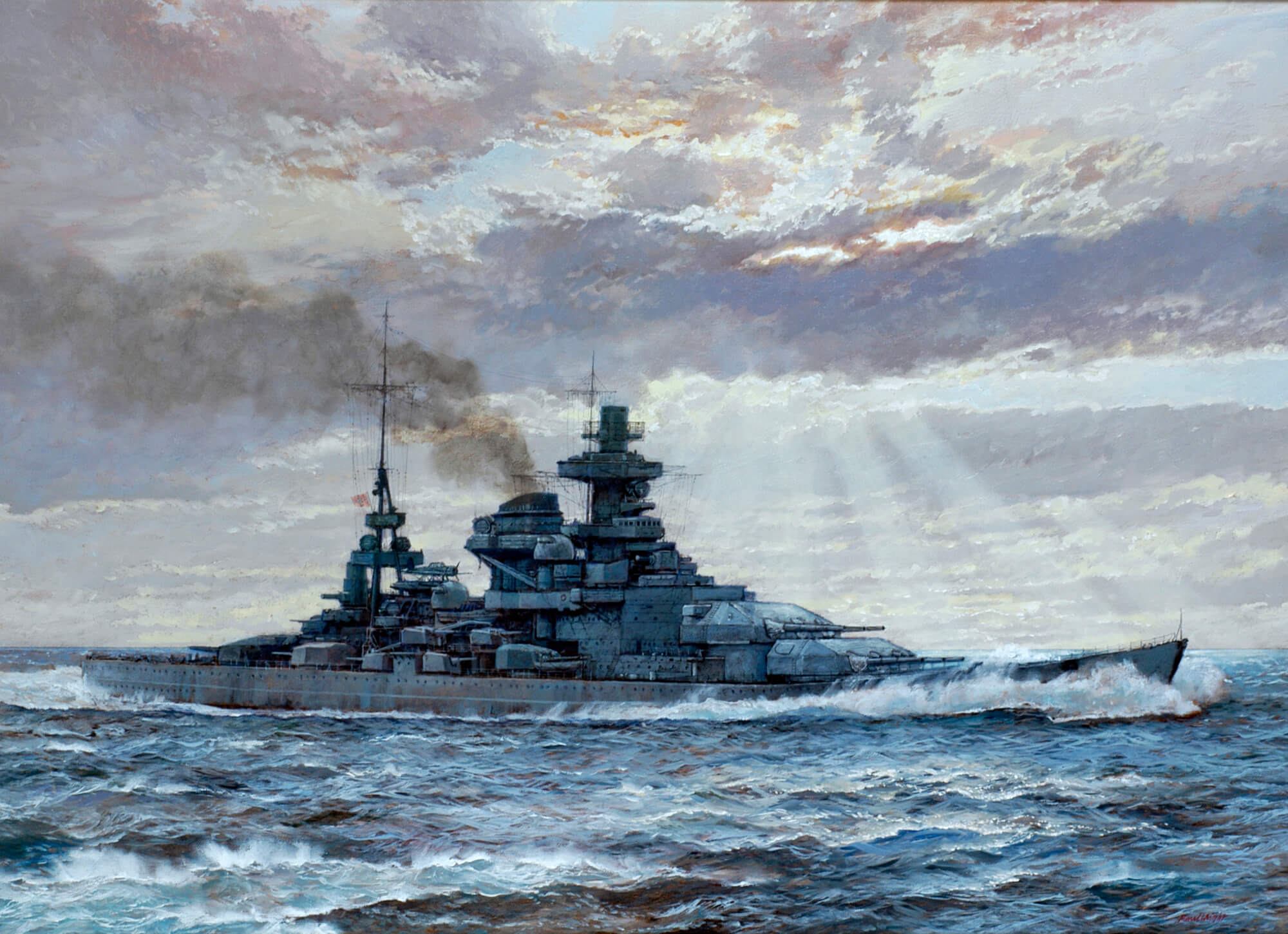 Named after the gallant World War 1 cruisers lost off the Falkland Islands in 1914, these new ships Scharnhorst and Gneisenau were the first true battleships of Hitler’s navy. They were designed for commerce raiding and in this role they dispatched 22 merchant ships, the aircraft carrier Glorious and the destroyers Ardent and Acasta before being repaired and refitted at Brest. Whilst in the French port, they were constantly bombed by the R.A.F and received further damage before Hitler decided to bring them home through the channel, a risky move that succeeded because the British botched the whole interception, only becoming aware of the operation when they were passing through the Straits of Dover. After their return, Scharnhorst and Gneisenau were parted at last, Scharnhorst was sent to Norway and Gneisenau was severely damaged by the R.A.F at Kiel and never returned to sea. Finally on Christmas day 1943, Scharnhorst set out to intercept a Russian convoy and was caught in an ambush by the Royal Navy and under a rain of shells and torpedoes she sank with nearly all her crew.