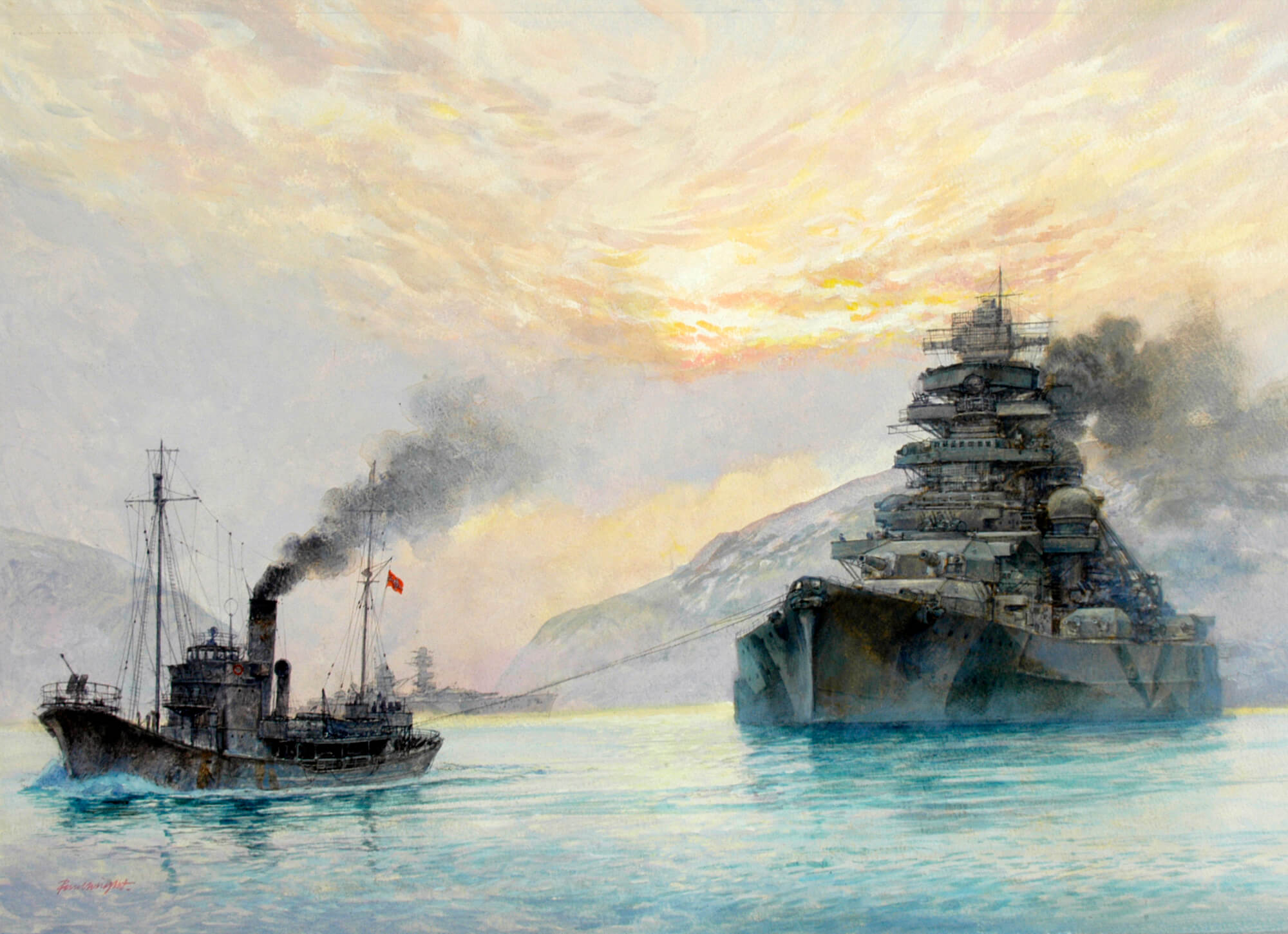 Named after the creator of the modern German navy, Alfred von Tirpitz.   Tirpitz was the sister ship of the Bismarck. Her career as a ‘fleet in being’ in her Norwegian Fjord was very effective at tying down many elements of the Home Fleet and constantly threatening the Russian convoys – in fact erroneous intelligence received by the Admiralty concerning an attack on convoy PQ17 by the Tirpitz caused them to order this convoy to scatter with the resultant loss of 19 merchant ships by aircraft and submarines – and Tirpitz had not even left port. This constant menace determined the British to knock this dangerous ship out once and for all. First to try were tiny X craft midget submarines in 1943 which did considerable damage to the Tirpitz. When she was repaired, the Fleet air arm had a go and hit her with 12 bombs causing more damage. Following more damage repairs it was time for the R.A.F to try their luck and this time they hit her with two giant 12,000 bombs causing the great battleship to turn over and sink with a great loss of life.