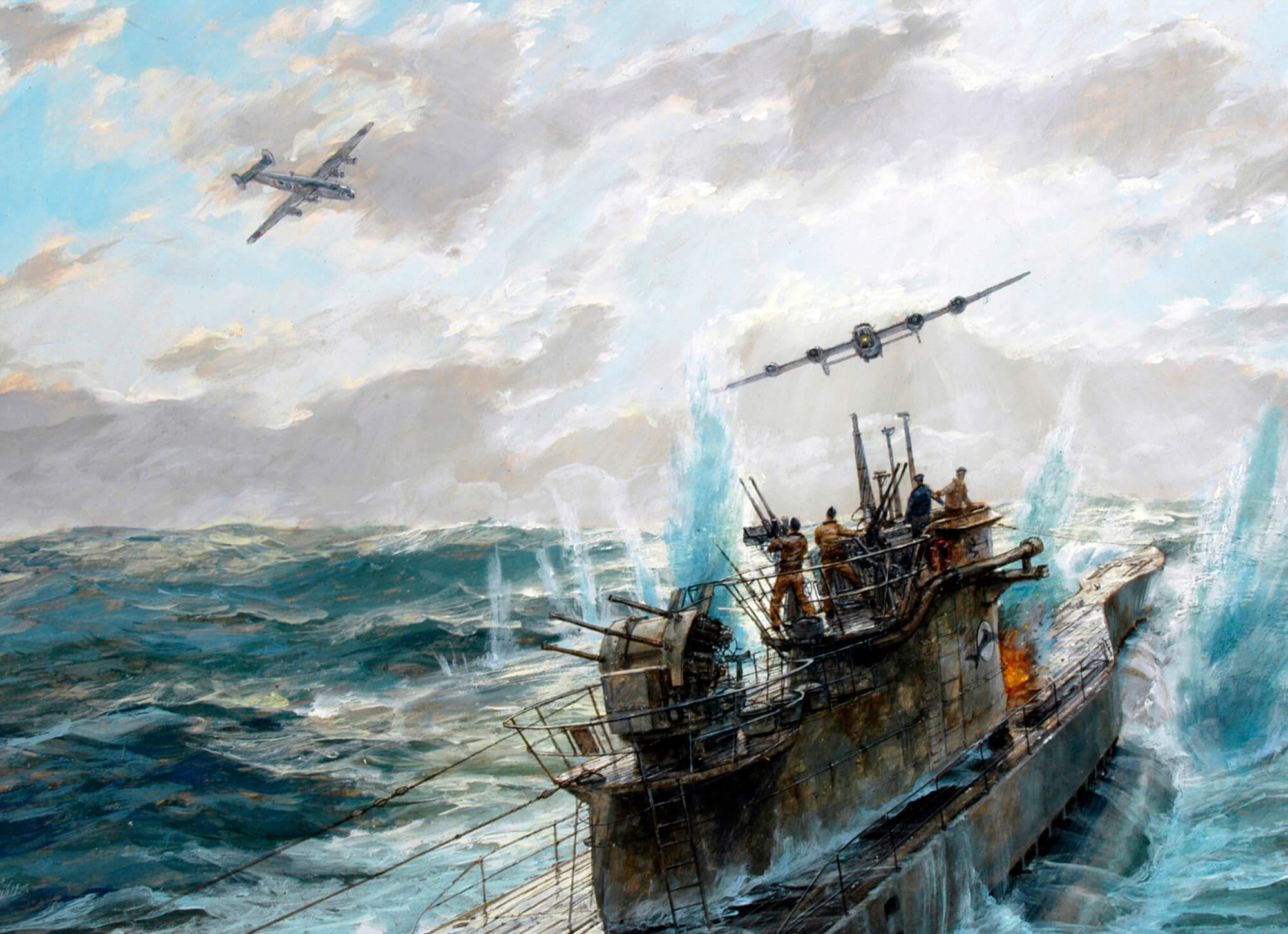 1943 was the year that the Battle of the Atlantic reached it’s climax with the breaking of the Enigma naval codes the battle was beginning to turn in favour of the allies but the loses of merchant ships was still at dangerous levels.   The problem was the North Atlantic ‘Gap’.

Beyond the range of existing aircraft from Britain and America, this gap enabled U-boats to operate and attack convoys without the interference of aircraft.   With the appearance of the Consolidated Liberator bomber from America, the situation was changed overnight. With a load of bombs and depth charges and an effective range of 4,600 miles, this cleverly designed aircraft closed the ‘gap’ and the U boat losses rose to such insupportable levels that Admiral Doenitz had to withdrew the submarines to lick their wounds and regroup, thus passing the initiative to the Allies which they never lost. The Battle of the Atlantic was won.