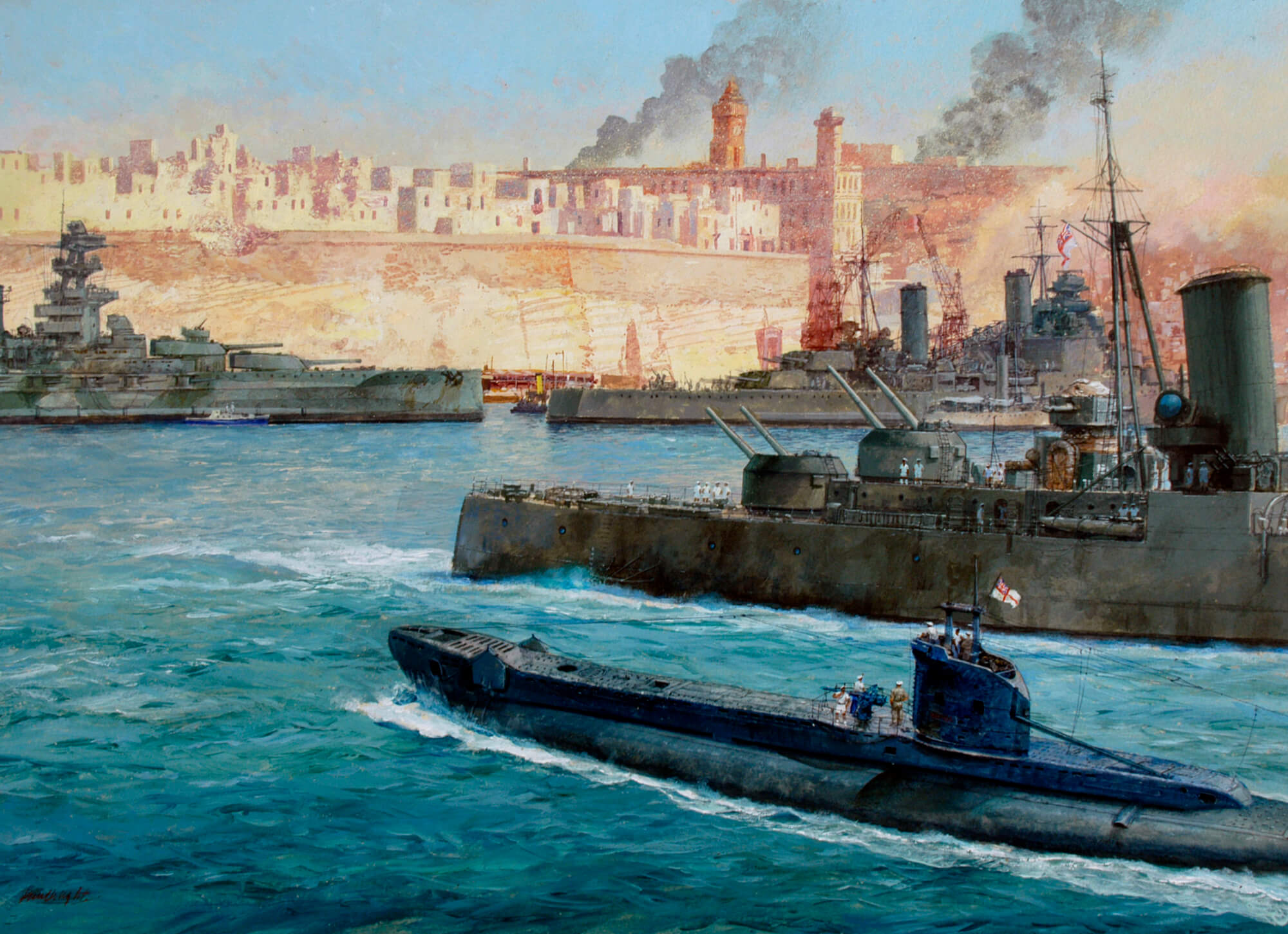 From an Imperial backwater to the linchpin of the war in the Mediterranean took a few desperate months when Italy entered the war in June 1940.   From that moment the whole island was involved in a life and death struggle to sustain itself and provide a base to intercept the Axis convoys supplying Rommel’s Africa Corps. The naval base and the aerodromes became the focus of a massive bombing effort by Italian and German aircraft and then the whole island became one big target, it’s inhabitants spent most of 1940 – 43 living in caves and tunnels and Malta became the most bombed place on earth.   But the spirit of her people and the British servicemen and women never faltered. Many George Crosses and V.C’s were won at Malta and in fact the whole Island and it’s people were awarded the George Cross by King George V1, an honour that is born on the nation’s flag to this day.