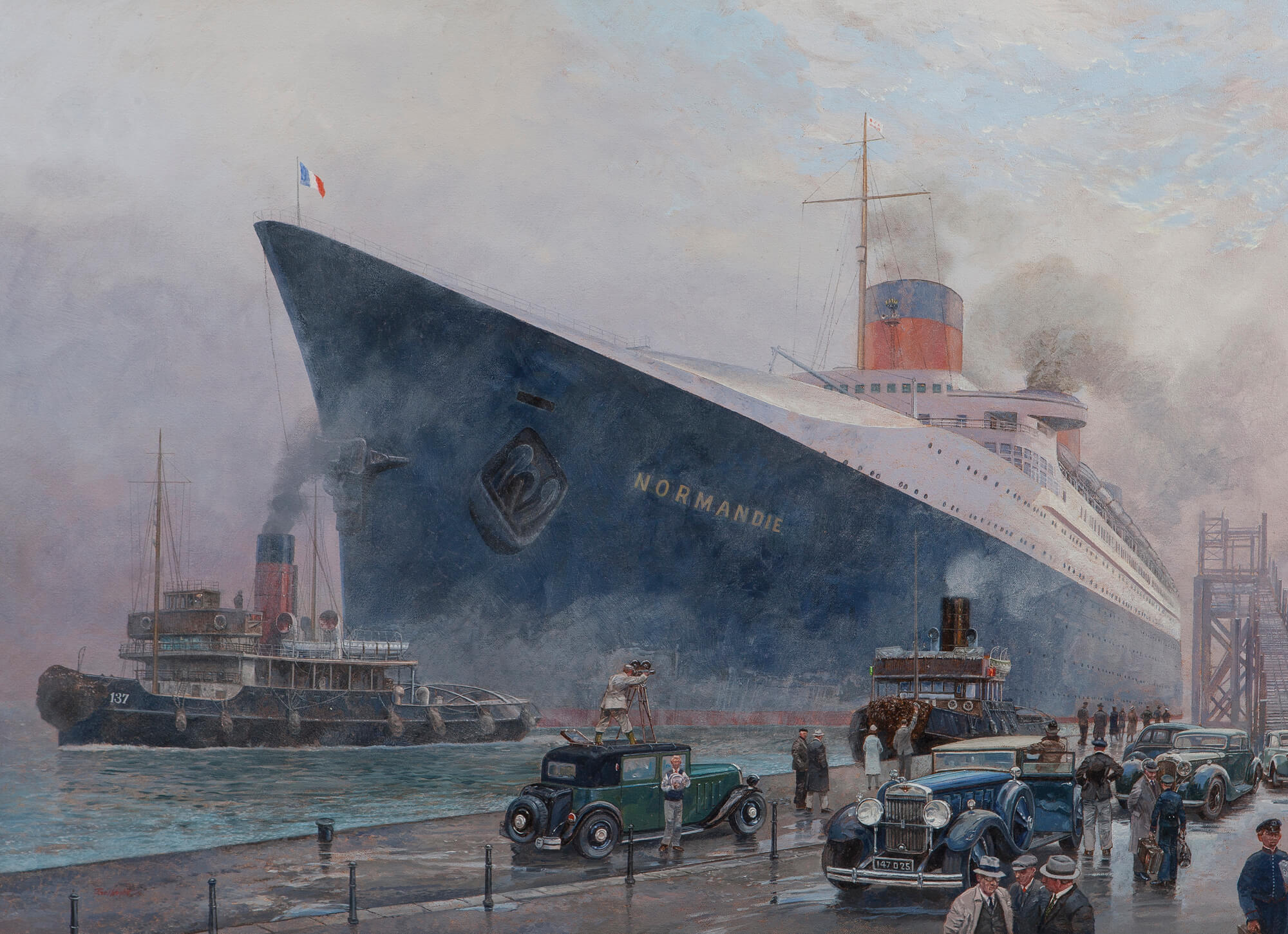 Normandie was the premier French ocean liner between the wars.   Designed by a Russian emigre Vladimir Yourkevitch a trained naval architect, Normandie was designed to be the last word in luxury and speed and built with huge government subsidies and at a time of world wide depression, Normandie was at the very least a risky venture.   When she began her service in 1935 she proved to be the marvel of the trans-Atlantic run.   Her speed gained her the coverted Blue Riband on her maiden voyage.   Her interior fittings were the work of the finest artists and designers in France and ensured passage on this ship was akin to luxury on a royal scale.   For five years, Normandie cris-crossed the Atlantic with strong competition from the Queen Mary before the war and the fall of France found her tied up at her berth in New York. The U.S Government took her over and began turning the Normandie into a troopship. During this coversion a fire broke out and swiftly took hold of the ship, with fire tugs pouring water into the ship, she turned on her beam ends and became a total loss. Thus died the most beautiful ocean liner ever to sail the seas.