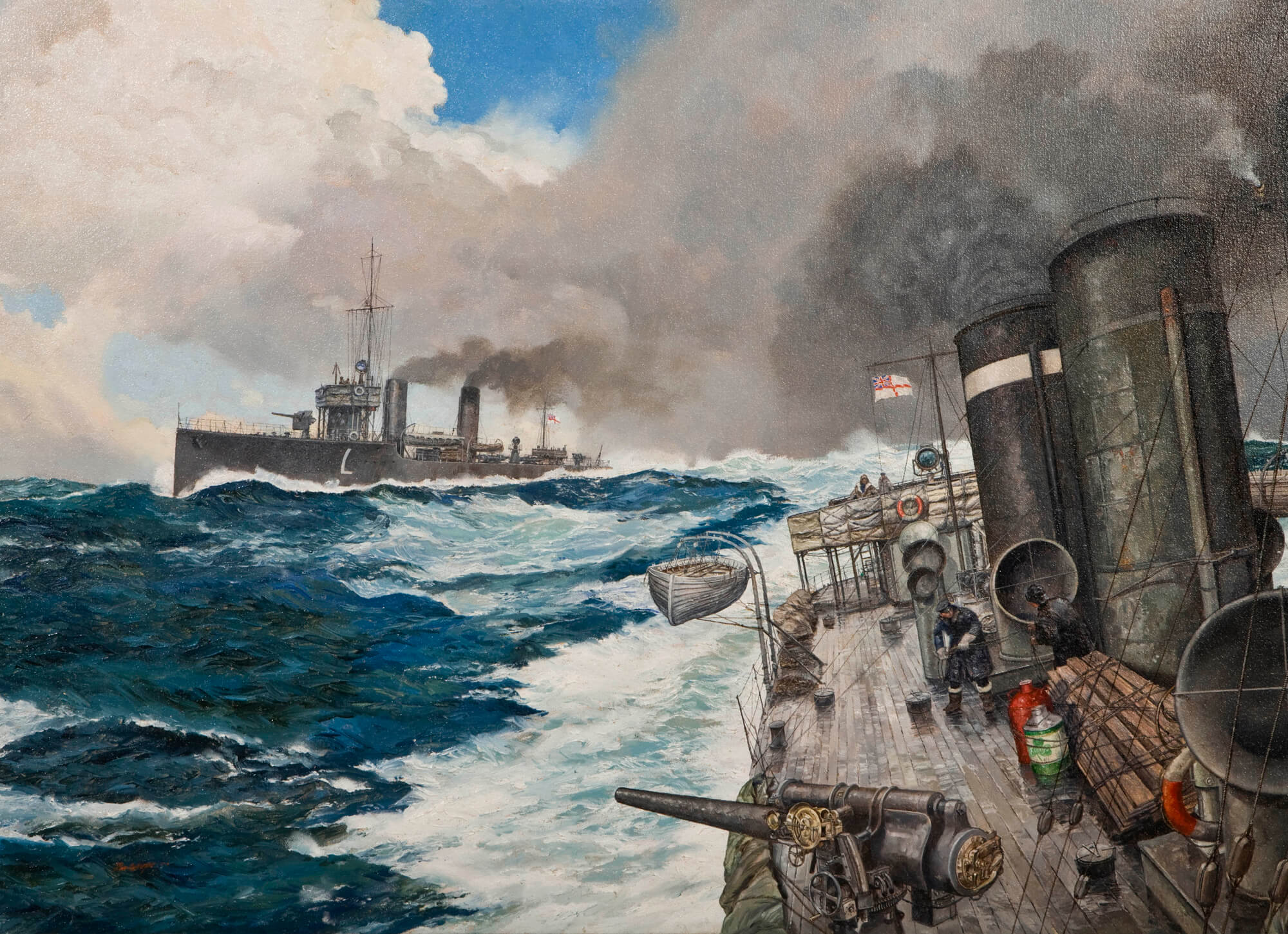 The great fleets, pictured in majesty often overshadowed the small ships that were vital to their protection, as well as providing screening for convoys and the myriad special tasks they were called upon to perform. In this painting, two destroyers are on patrol in the stormy waters in the North Sea during the first world war. During the battle of Jutland British and German destroyers fought ferocious battles as they tried to launch torpedo attacks on each others battle fleets. During the terrible night of the battle, 8 British destroyers were lost and many more damaged. The small ships also laid the biggest mine barrage in history across the North Sea from Norway to the Shetland Isles, thousands of mines were laid in order to trap the German fleet. Throughout both wars, the little ships provided the real backbone to the naval effort of all the combatants.