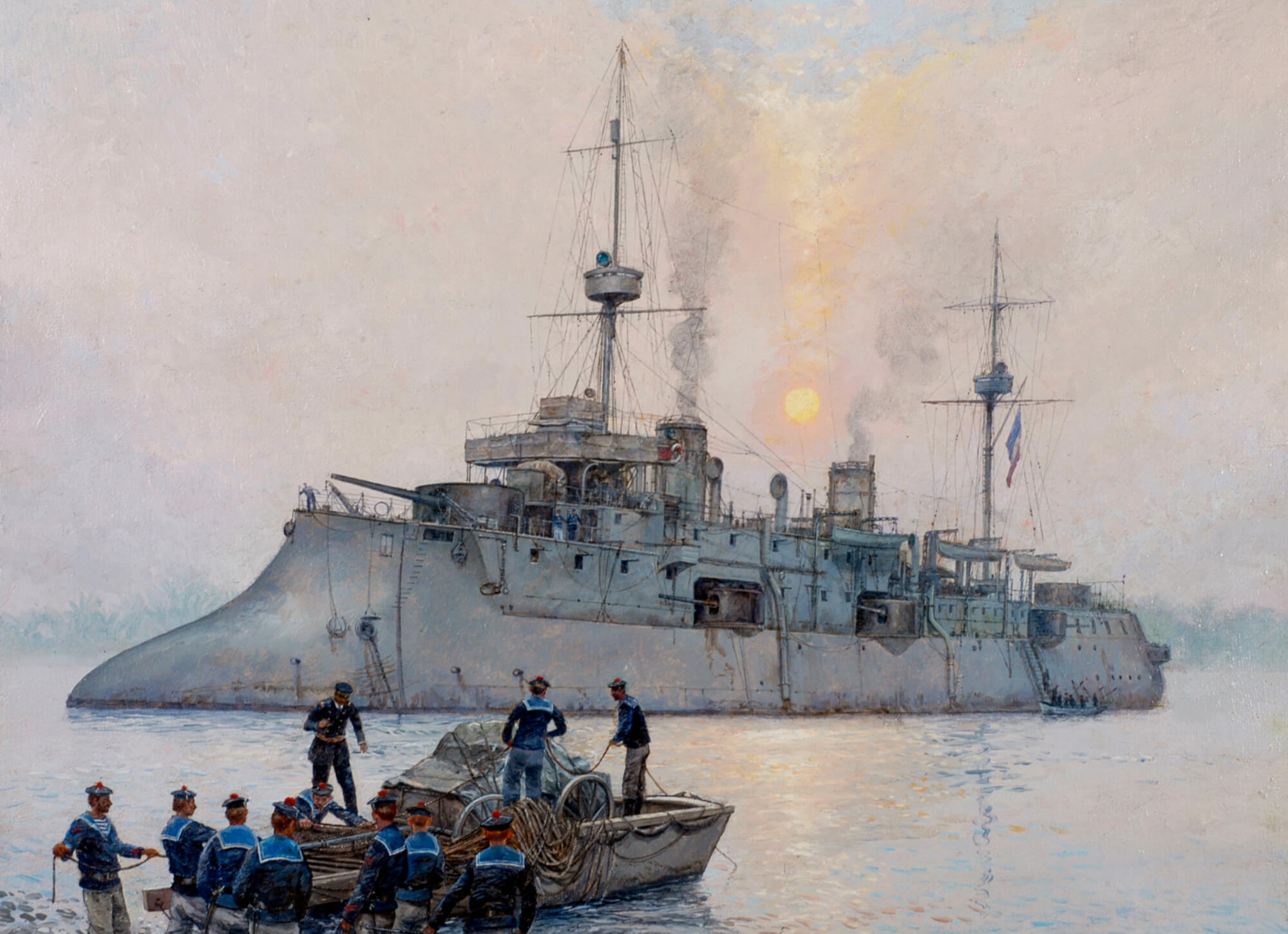 Amidst all the novelties of French warship design, some classes of ships stood out and caught the attention of foreign navies and amongst these were the Bruix class of ‘Colonial’ cruisers. Bruix and her sisters served the outposts of the French colonial empire as well as being slated for commerce raiding in the event of war. With a displacement of under 5000 tons, Bruix mounted a very heavy armament of 7.6″ and 5.5” guns as well as torpedo tubes and with a speed of 19 knots she was a well respected warship albeit a rather strange looking one. On a relatively short hull Bruix had an extraordinary spoonbill bow which seemed to serve no useful purpose beyond being some kind of ram, a somewhat outdated device in the early 20th century. Bruix served her country throughout the first world war in the Red Sea and the Aegean. She was broken up in 1920.