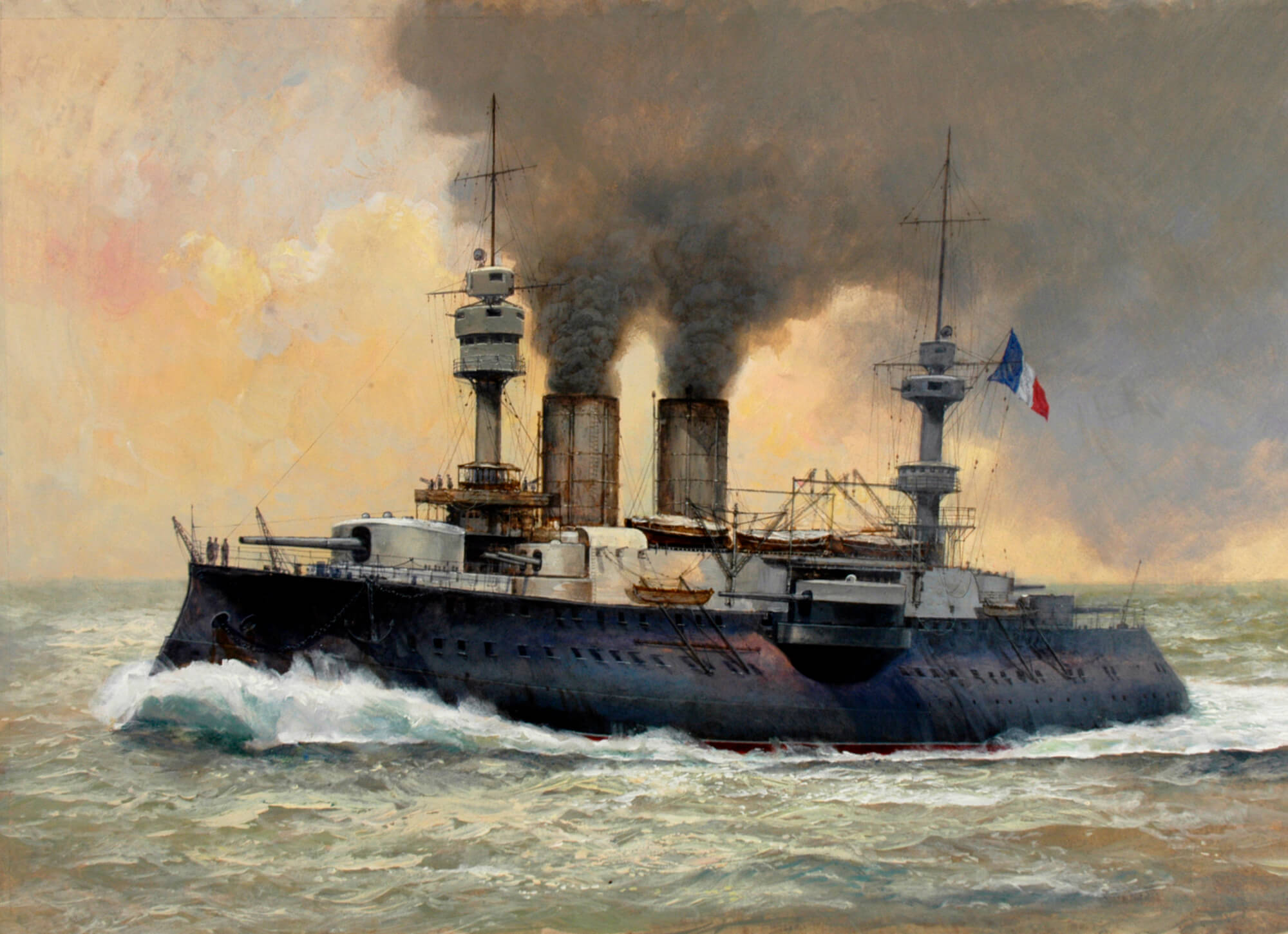 Some of the most extraordinary looking ships came from early 20th century France. It seems that the most extreme and novel warship ideas found their home in that country and Jauregulberry was a prime example of this thinking. Electrically driven turrets housed large guns on small hulls, bridges piled high with cranes and machine guns, towering military masts and hulls that were wider at the waterline than across the decks and all this topped off with almost Grecian galley type ram bows. The problem with all this was that most of these ships were slow and unstable. Jauregulberry was obsolete when the first world war began yet she did sterling service on behalf of her country in the Mediterranean, convoying troop ships or shelling Turkish forts in the Dardanelles. She was finally scrapped in 1934.