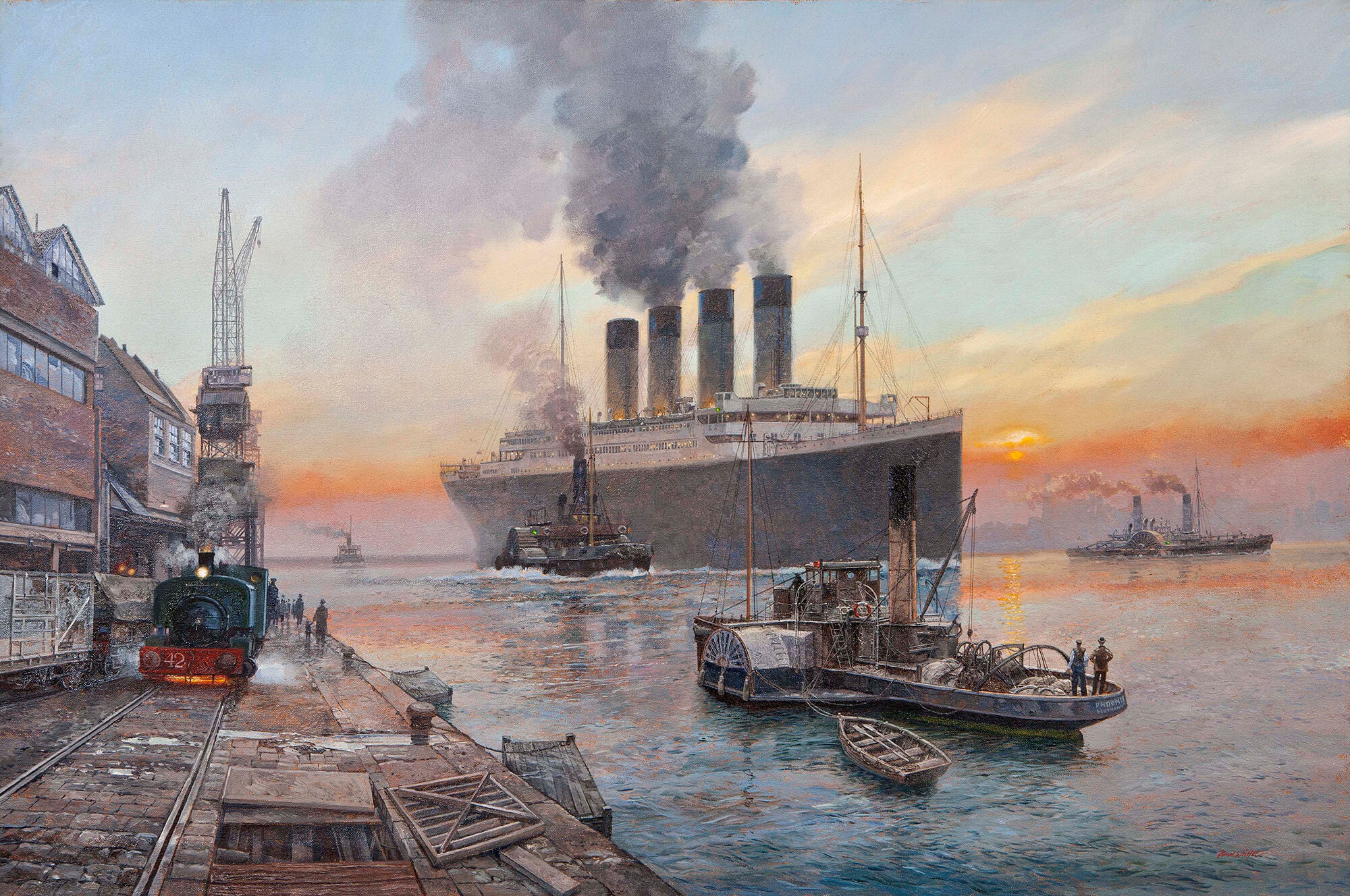 Titanic has been the subject of at least four feature films, many books and even songs. Her tale is the very stuff of legend, the largest, fastest and most luxurious liner of her day.   Her sinking is surrounded by ‘What ifs’, what if the lookouts had had binoculars, what if the ship had had a search light, what if the Californian only ten miles away had kept a 24 hour radio watch, what if the firm that built her hadn’t skimped on the quality of her rivets, what if enough life boats had been provided and most of all had the ship not tried to avoid the iceberg but had crashed into it, she would have received a bloody nose but would not have sunk. Hindsight is the one luxury the Titanic didn’t possess. Accidents are easy to avoid after they have happened. On the night of 14th April 1912, all the ‘What ifs’ came together and claimed the R.M.S Titanic.