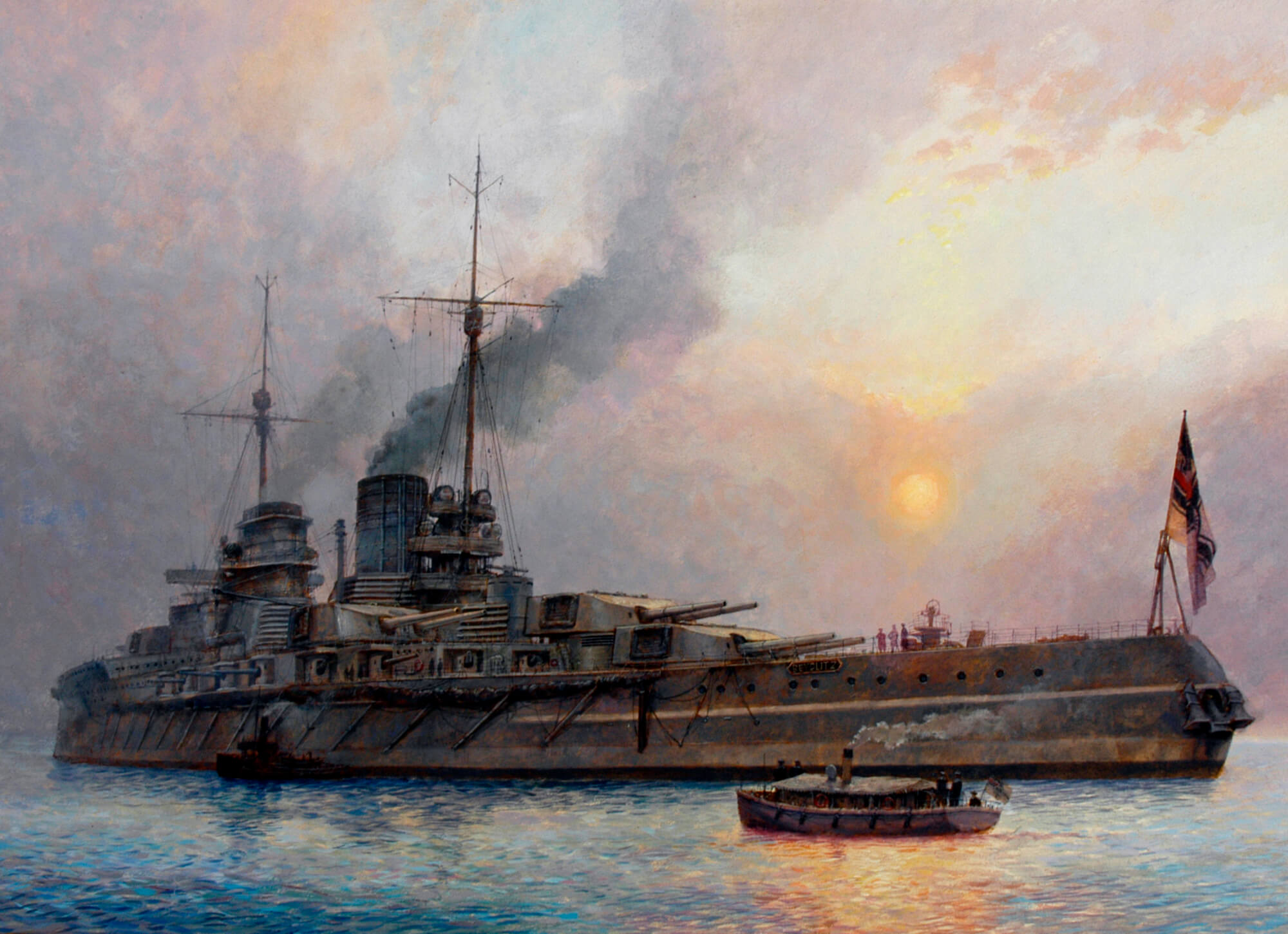 S.M.S Seydlitz was named after one of Frederick the Great’s most famous Prussian generals noted for his dash and courage. No ship deserved a better name, Seydlitz and her long serving captain Moritz von Egidy was in the thick of every action the ship was called upon to participate in. She was loved by her crew and the captain’s wife who would await her husband and their beloved battlecruiser when they would return to base. Seydlitz was terribly damaged at the Battle of Dogger Bank but survived, at the battle of Jutland she limped home to port in a sinking condition but only after she had helped sink two British battlecruisers. Her final service was to lead the German High Seas Fleet into captivity at Scapa Flow and like the other German ships she scuttled herself rather than let herself be given to the allied nations as reparations.