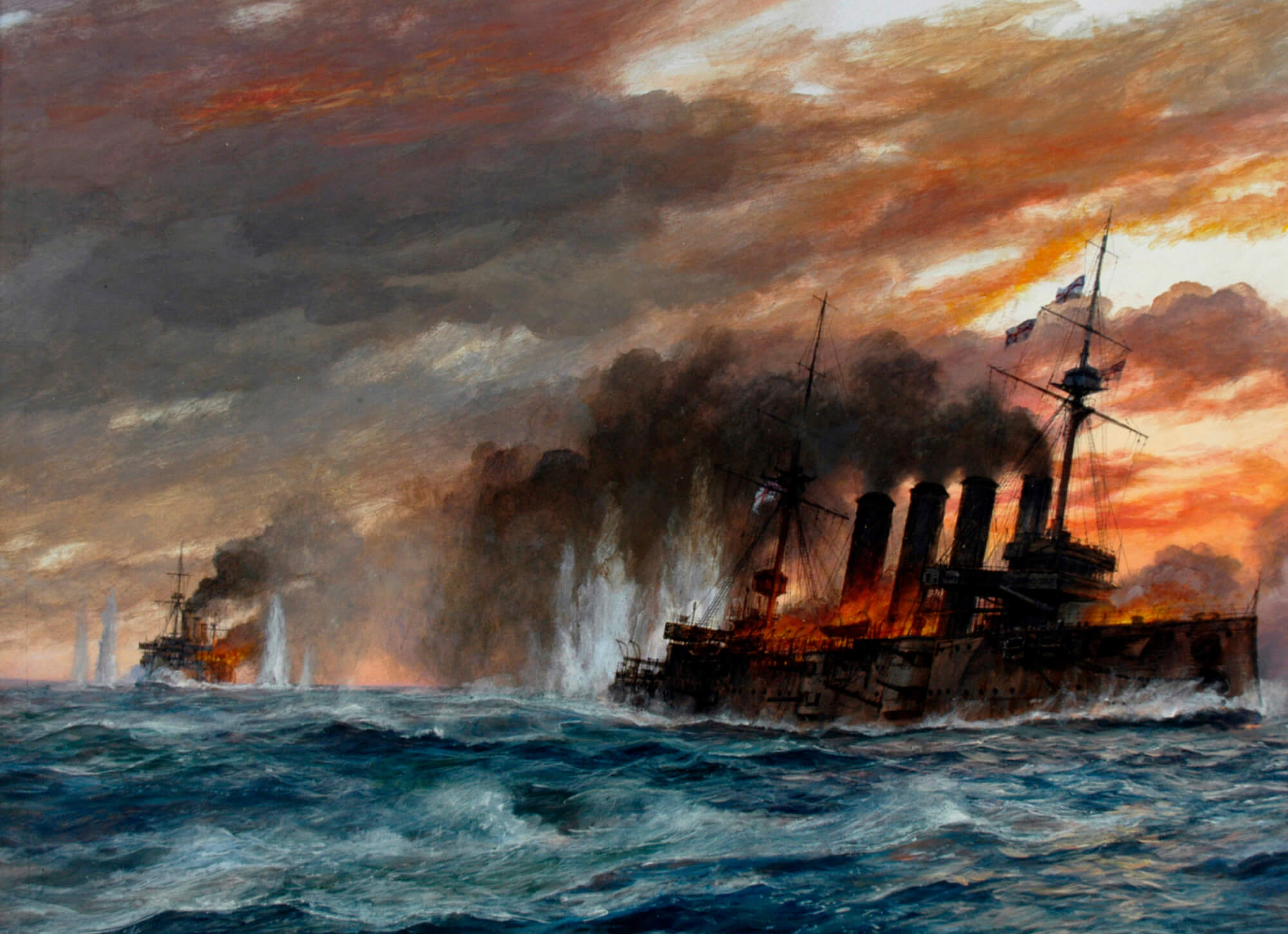 THE BATTLE OF CORONEL

Admiral Sir Christopher Craddock and his elderly cruisers finally came to grips with his quarry Admiral Graf von Spee and his crack Pacific squadron off the coast of Coronel, Chile.

Seeking a tactical advantage Craddock interposed his ships between the Germans and the setting sun in order to blind the German gunners.   Von Spee waited until the sun dipped below the horizon thus casting the British ships against the afterglow and then opened a murderous and accurate fire against both the Good Hope and Monmouth. Ablaze from end to end, both British cruisers were dead in the water but they would not strike their colours so Von Spee’s ships continued to pour fire into them before they sank taking their entire crews with them.