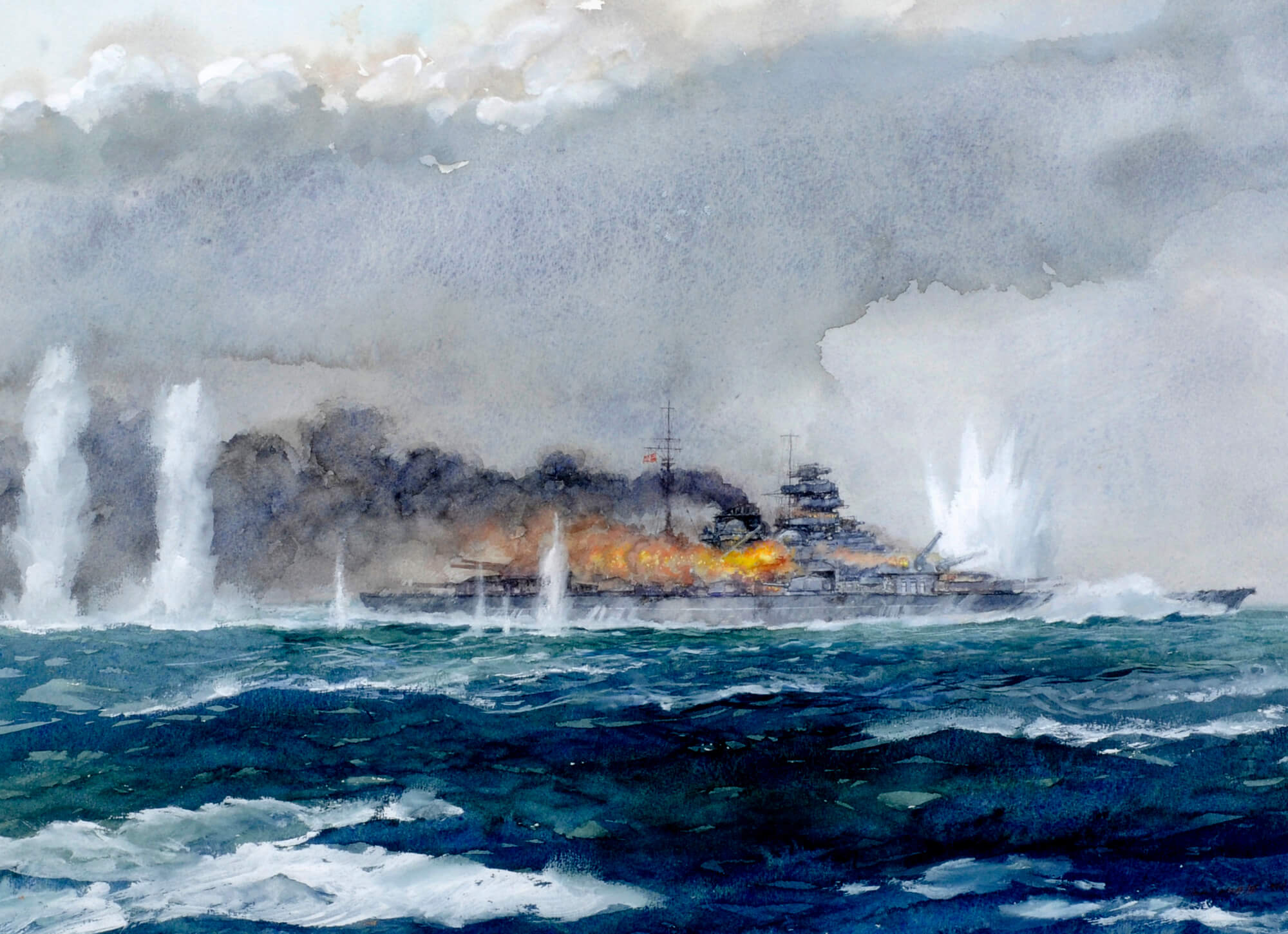 THE END OF THE BISMARCK

Following the loss of H.M.S Hood the Bismarck vanished into the Atlantic. The British were desperate to find her and employed almost the entire navy in the search. It was only when Admiral Gunter Lutjens on board the Bismarck broke radio silence to send a long report to Hitler describing the destruction of the Hood that the fugitive was discovered. The Admiralty picked up the message and realised that the Germans were making for Brest on the French Atlantic coast. From all points of the compass the Royal Navy closed in on their quarry. After disabling her steering gear with a torpedo attack from the Fleet Air Arm, the battleships King George V and H.M.S Rodney closed in for the kill. Very quickly the Bismarck’s great guns were silenced and her upper works were reduced to a tangled, blazing mess before she finally slipped beneath the waves on the morning of the 27th May.