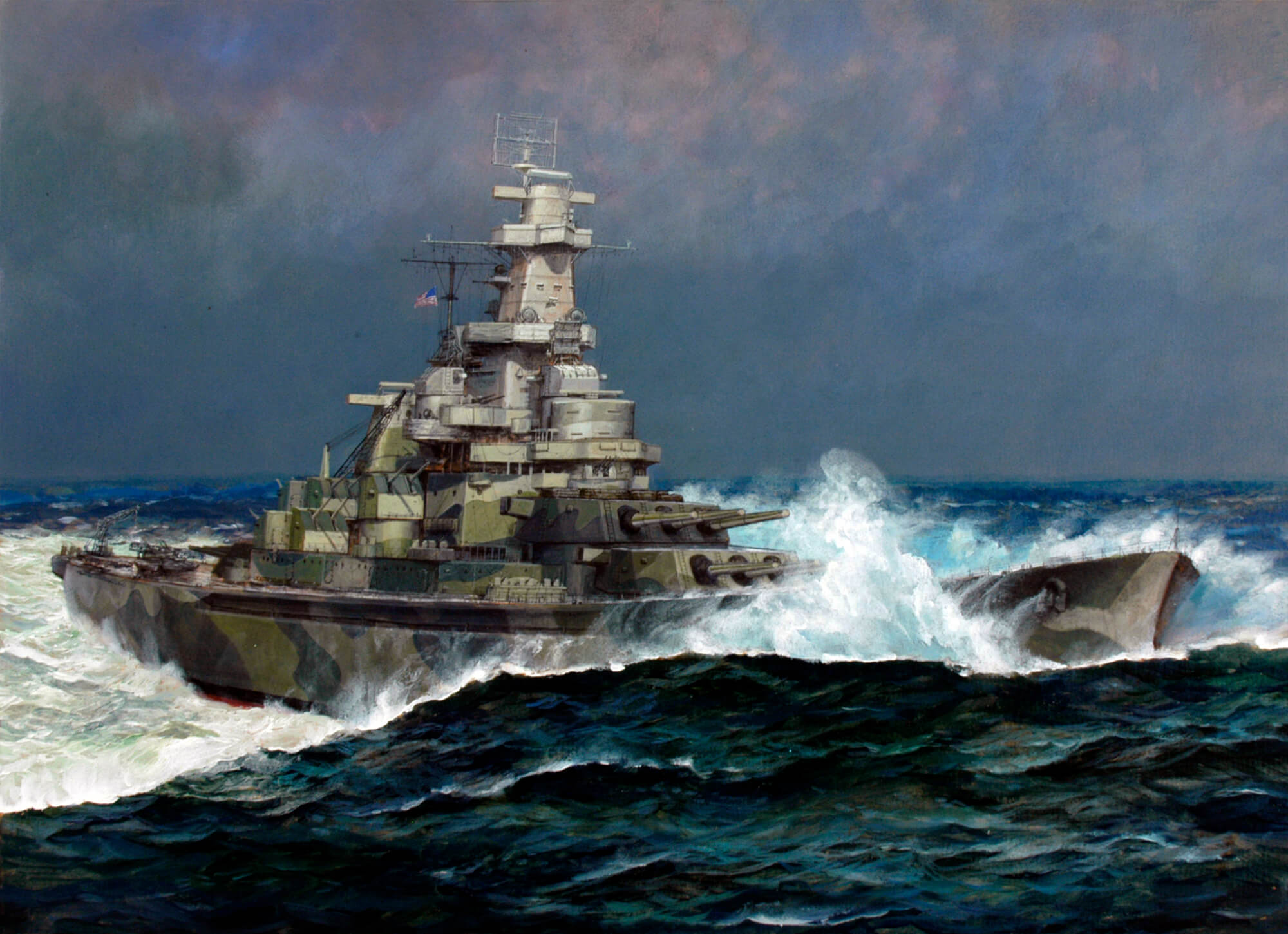 Alabama and her 3 sisters were some of the best warships the U.S Navy ever commissioned. Shorter than most modern battleships, these ships sacrificed speed for armour and big guns. Where as Missouri class that followed them were nearly 200 feet longer and at 33 knots were the fastest battleships in the world. The Alabama had a top speed of just over 27 knots and were somewhat cramped. Initially U.S.S Alabama served with the British Home Fleet but after 1943 she was in constant action in the Pacific at the Battle of the Philippine Sea and Leyte Gulf. Perhaps her greatest trial was not at the hands of the Japanese but a terrible typhoon off the coast of Japan when 3 destroyers of Task Force 58 were lost and every ship was damaged, the painting shows the Alabama at the height of the storm battling through.

In 1962 Alabama became a memorial and museum moored in Mobile, Alabama. In 2005 she fought her last battle when hurricane Katrina, the most destructive storm in American history roared in from the Gulf of Mexico. She was damaged and listing but she fought her way through and survived.