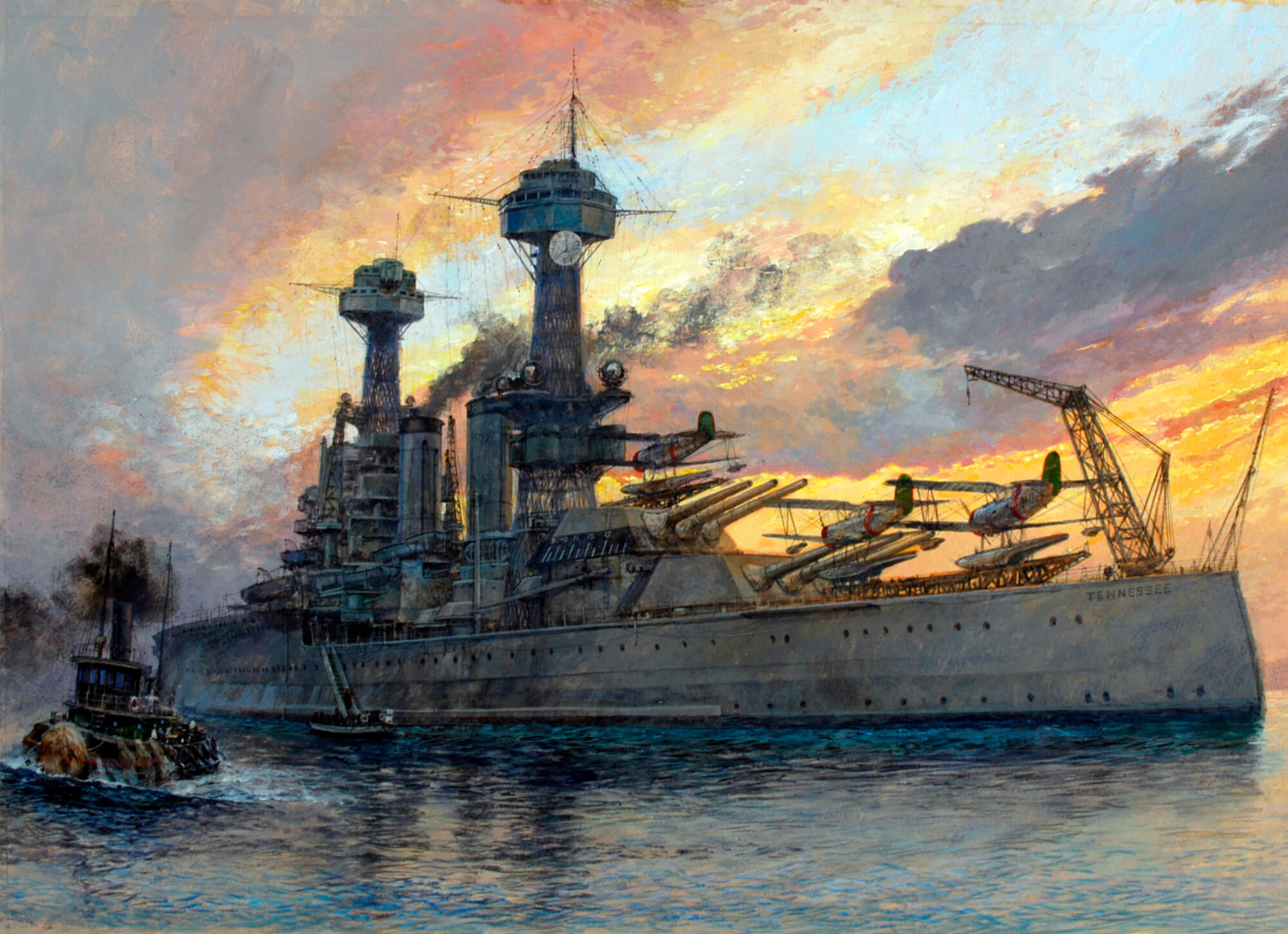 U.S.S Tennessee was a novel ship in several ways, the most obvious was the cage mast, the first practical use of geodetic principals – both light and strong.   The next was the turbo electric drive which allowed the engines to be much more controllable and the ship far more nimble. Whilst the first two of these innovations stayed in the U.S the third innovation, all or nothing armour protection was copied by every ship building nation. This involved armour plating only on the vital parts of the ship and leaving the rest of the ship with no armour at all. U.S.S Tennessee was at Pearl Harbour during the Japanese attack but was not as seriously damaged as other ships.   Still, she was completely reconstructed becoming a virtually new ship and serving her country throughout the Pacific war. She took part in the last battleship duel at Surigao strait in 1944 and was damaged by Kamikazes off Okinawa in 1945.   She was finally scrapped in 1959.